The Four Seasons Macau is becoming a hot bed of criminal activity. Macau’s Judiciary Police have announced two robbers have robbed the resort of HK$3 million ($382,000) in chips after a stunning May 24 morning raid, reports the South China Morning Post. 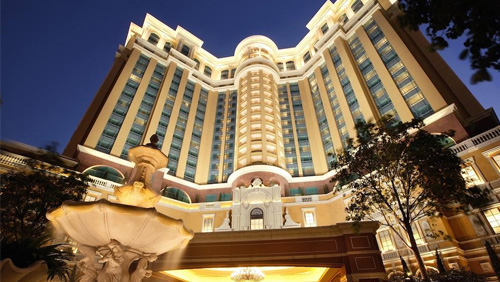 A croupier and a security guard were incapacitated by the robbers’ pepper spray, the police noted, and they got away, with the resort reporting the crime to officials at 5:30 AM.

As of 12:30 PM, the police still haven’t caught anyone connected to the crime.

GGRAsia notes that this shocking robbery comes just two days after police met with the security department of the Venetian Macao resort hotel, the Sands China property connected to the Four Seasons Macao – and the local casino regulator, the Gaming Inspection and Coordination Bureau. The purpose of the meeting was to coordinate faster response times to any major incident. It didn’t appear to do much good in this case however.

This comes just a week after four men were stabbed just outside the Four Seasons, and a report that casino related crime in Macau is up 14%. Most of that crime is of the less violent variety, including money lending and loan sharking, but does include at least one case of murder.

When that report came out, the police stressed that the increase in crime would not affect the average Macau resident, as the increase is specific to the casino industry. They likely didn’t expect an attack so brazen as the one on the morning of May 24 to help stoke fears further.

As police continue to search for suspects and make arrests, a big question would be, how do they expect to get away with it? They have a lot of chips and the whole city looking for them. Cashing in the chips, no matter how fancy their plan, will be incredibly risky, and anyone caught near them will likely have to answer serious questions from the authority.

This likely isn’t the end to the story, so check back in for updates as the Macau police do their job.