Home / Casino / 3 arrested in Macau after death of gambler 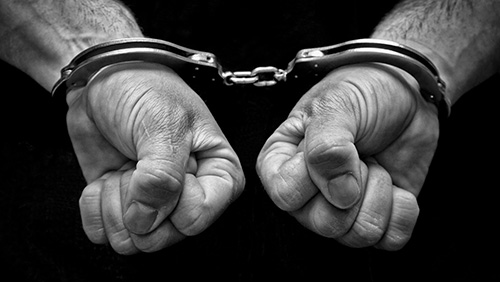 Macau has done a lot to try to clean up the city and remove illegal loan sharks. However, to think that the activity will be completely eliminated is naïve and unrealistic. There will always be those that lurk in the shadows, ready to prey on others. Sometimes, these encounters have deadly consequences and this was the unfortunate fate for one Chinese gambler recently found dead in Macau.

According to police, the gambler was found murdered in a guesthouse on the Macau peninsula last Friday. His demise reportedly came at the hands of three suspected loan sharks to whom the gambler owed about $6,373. The trio of bandits was arrested after one of them decided he couldn’t remain silent and went to police.

The victim borrowed the money and lost it all the same day, May 1. He was then taken to the guesthouse in the Nam Van district, where he was reportedly confined and beaten. According to a police spokesperson, Leng Kam Lon, “[the victim’s] three creditors have, several times, used their belts and slippers to beat him… in order to force him to repay the [gambling] debt.” He added that the gambler had been “gagged so that he could not call for help” and that the suspects “did a video shooting of their beating process using their cell phones, and sent the video clip to the victim’s family hurrying them to repay the debt.”

The three now face possible charges of aggravated kidnapping, organized crime and illegal money lending and some type of manslaughter or murder charges. The kidnapping offense alone carries a penalty of five to 15 years and there is no death penalty for murder in Macau. The maximum sentence a criminal can be given is 30 years.

One of the three criminals had entered the city illegally in March after being kicked out for loan sharking, authorities said. The other two said that they had been acting as “tip hustlers,” a type of scammer that promises to take gamblers to better-performing tables or betting houses or who offers gambling “advice.”

For all of Macau’s efforts to reduce loan sharking, there has been an increase in the activity over the past year. According to Macau Secretary for Security Wong Sio Chak, 2018 saw in increase of 25.9% in the number of cases of illegal credit offered to gamblers.