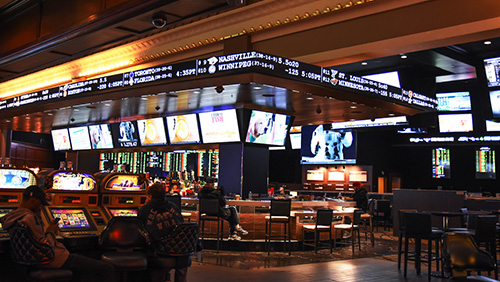 According to a report by AGTech Holdings, a subsidiary of the company just received a big contract to develop augmented reality products for the China Sports Lottery. The technology will be specifically used for “online promotion activities” for the lottery, according to a filing provided by AGTech to the Hong Kong Stock Exchange.

In the filing, the company explained:

“The group will utilize its expertise to assist National Sports Lottery Center in promoting sports lottery products and expanding its youth customer base. The group’s involvement in this project demonstrates its continued commitment in China’s lottery technical service and technical development market.”

This is a market where AGTech has had a lot of success. In June 2018, the company announced that they had won a contract to supply all of the lottery terminals to a group of Chinese cities that included Guizhou, Hebei, and Shanghai. They also added that they would be supplying lottery terminals as part of a contract with the Sports Lottery Administration Center located in Henan.

At the same time that this announcement was made, AGTech also signed a strategic agreement with the Jiangsu Province Sports Lottery Administration Center. This agreement created a collaborative effort to promote new and exciting innovations in the lottery space through areas such as promotion, marketing, and research and development of new and more enticing lottery games. This appeared to be a very enticing market, as lottery sales in the province of Jiangsu reached over $3.1 million for the first time in 2017.

The Hong Kong based lottery technology supplier has been linked to several ventures across southern and eastern Asia. In July 2017, they joined forces with the Paytm Group to collaborate on an effort to enter India’s online gaming market. AGTech Holdings, which is owned by Alibaba Holding and Ant Financial, was to hold 45 percent of the joint venture while Paytm own the remaining control.

That partnership would eventually lead to the development of a new digital wallet and e-payment system designed by Paytm which was to be used as part of their rummy and fantasy sports platforms. The development of this platform was a joint venture between Paytm, AGTech, and One97 Communications Limited.