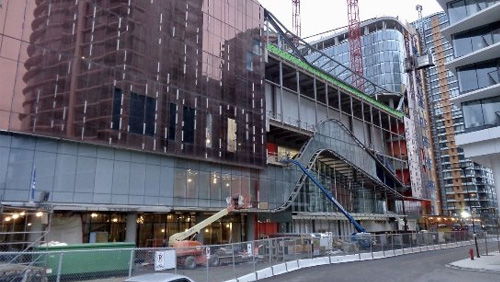 After defaulting twice on a loan payment, Parq Vancouver’s future looked more than a little wobbly. Standard & Poor’s even downgraded the casino’s status to “selective default,” but Parq remained optimistic, certain it would find the financial relief it needed to keep the wheels turning and the cards flying. It has found the support it wanted, but whether or not it will be enough for long-term growth remains to be seen.

tner and has been able to refinance its massive loans. According to executives with Dundee Corp., which has a 37% stake in the casino, the new partner will take a 34.9% interest in the casino, with the option to take more than 50% through additional investments. Previously, PBC Group, a real estate firm out of Ottawa, had been the controlling owner, holding 63% of the company.

Jonathan Goodman, Dundee’s chairman and CEO, was speaking on an earnings conference call Monday when he made the revelation. It wasn’t specifically mentioned, but Dundee will most likely drop its holdings to 24.1% and PBC will drop its stake to 41%. Goodman didn’t name the new partner, only stating that it was a “private Canadian group that wants to remain private. But I can tell you they are not that private. They have been approved by the regulators of B.C. They’re going to be very active in the day to day business.”

The request for privacy won’t last long. According to British Columbia (B.C.) regulations, any entity with a stake of 5% or more in any gaming company has to be approved by regulators. The policy is designed to ensure the integrity of the gambling industry in B.C., and the details could be made public.

Goodman added that the partner has “hospitality holdings in several markets and which will assist in Parq Vancouver’s ramp up and optimization.”

Industry insiders believe the partner could be Westmont Hospitality Group, a company that operates or manages more than 500 hotels across North America, Europe and Asia. It is based out of Houston, Texas, and has had holdings in Canada, including Journey’s End (now UniHost) and has managed Comfort Inn and Quality Inn facilities.

Goodman added that Parq was able to restructure its debt and reduce the exorbitant interest payments that were wiping out operating revenue. It was able to negotiate the terms on two loans worth $415 million.