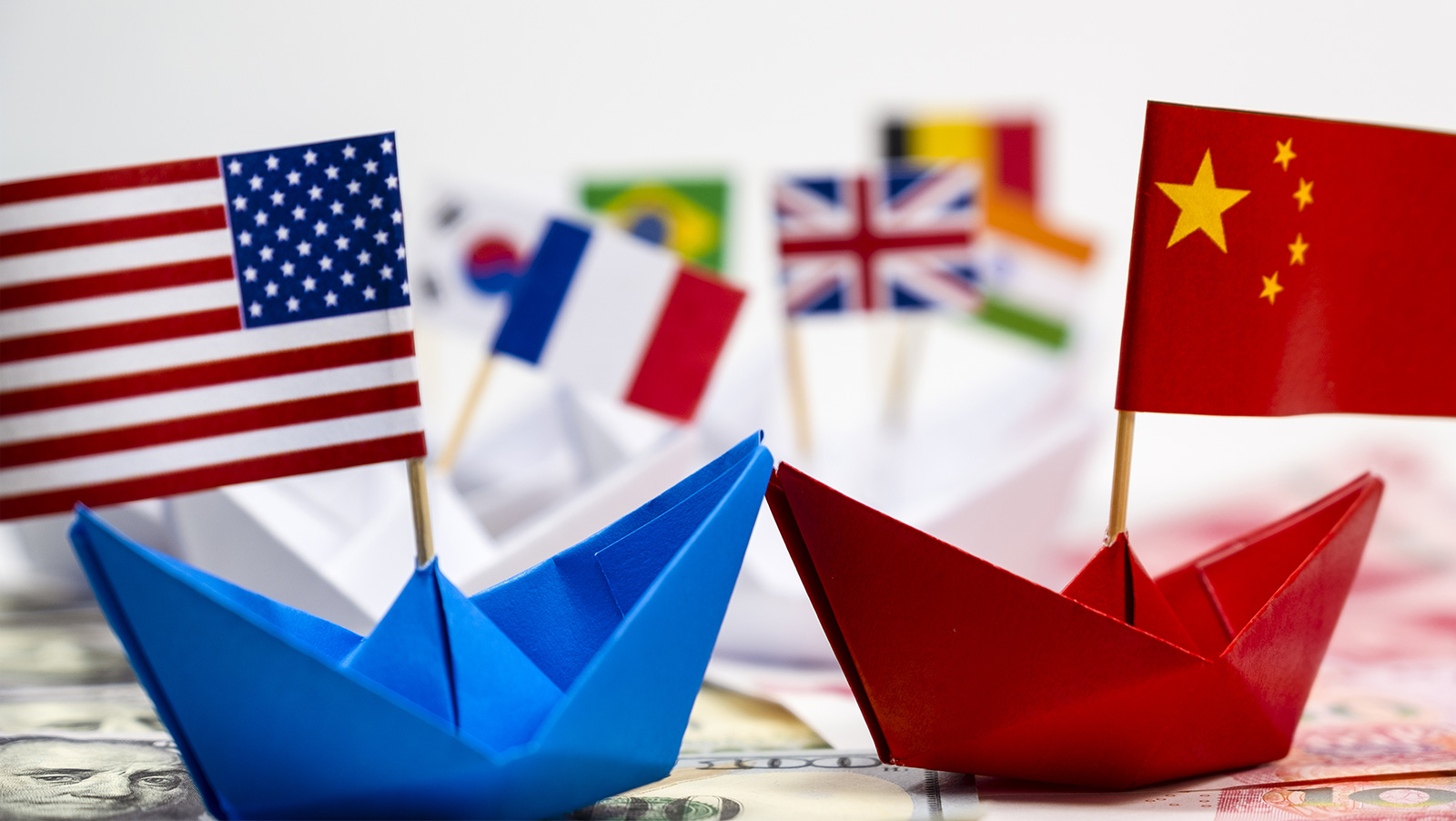 Big economic and political news is coming out of the woodwork this week. Let’s try to digest it all as we move around the world.

First and foremost, the woolly mammoth in the room. The trade war between the U.S. and China has finally erupted in a blaze of tariffs after months of annoying tweets from Donald Trump about how everything was going so well. The two most powerful governments in the world are now fighting each other openly over how much they can economically strangle their own populations. Trump has gone full Mad King, riding his tariff dragon through the streets of America and burning every Chinese import he can find. Unlike Game of Thrones though, the writing isn’t as bad. It at least makes sense with Trump’s character development over many years as a bloviating economic ignoramus and was somewhat predictable. It’s not like Danaerys Targaryen just suddenly burning a bunch of innocent peasants totally out of the blue for absolutely no conceivable reason whatsoever. Maybe she was trying to thin out their numbers so they don’t starve.

U.S.-owned casinos in Macau are now in an especially precarious situation. If China runs out of U.S. products to tariff, Xi Jinping could start considering other, more incendiary moves. He could conceivably go after U.S. companies in China directly on the pretext of some regulatory violation and deny that it is at all connected to the trade war for diplomatic cover. China is unlikely to announce a move like this if it is indeed considering it, just like it did not announce its arrest of Crown senior executives two years ago. Xi could do any number of things, as he has near absolute power in China. Special taxes, special restrictions, negative points for any Chinese who gamble at Wynn or Las Vegas Sands as opposed to Galaxy, making use of its shiny new mega-creepy social credit scheme. The possibilities are endless when you’re the ruler of a one-party system looking to lash out. Xi could easily just dump Treasuries en masse and impoverish the U.S. if he really wanted to.

Since April 9th when I advised scaling out of Macau stocks, they are down 6%, though still up about 2% from the original January long call. If you’re still holding any Macau shares, now’s the time to sell the rest of it, whether U.S.-owned or not. The megarich VIPs that are the lifeblood of most Macau casinos feed off the crony trade structure between the U.S. and China, and their numbers will diminish in proportion to how bad the trade war gets. It’s just that U.S.-owned and listed casinos in Macau are in double trouble. Las Vegas Sands perhaps particularly so if Sheldon Adelson is targeted because he is a major Trump ally and financier. That’s a long shot, but it’s not completely out of the question.

As for U.S. stocks, it’s the momentum picks that are falling hard. Eldorado Resorts was down 4.4% yesterday. Regional gaming stocks like Boyd and Penn are following down to a similar degree. Scientific Games got crushed 6.7%. If you have any gains on U.S. momentum stocks it’s time to get out. Shorting them though is too risky, because the monetary situation is clearing up a bit and overnight interest rates look like they’re back under the Fed’s control at least in the short term. Any surprise resolution of the trade situation could rocket momentum stocks back up overnight and you don’t want to be caught short if that happens.

But let’s move to the U.K., where Brexit is making a comeback after Britons are apparently angry for some reason that their referendum to leave the EU has been ignored. Nigel Farage’s Brexit party is the clear and away front runner in upcoming European Parliament elections, blowing every other U.K. party completely out of the water. This could give the Hard Brexiters new tailwinds to force a hard break with the European Union. When Farage gets any sort of leverage he tends to get very loud and attract the attention of the British media, which just can’t turn away in a bout of morbid curiosity and masochistic astonishment when Nigel gets excited.

In this situation though with U.K. stocks at such low levels, it doesn’t look like there’s much more downside anyway. A value stock like William Hill can be added to and averaged down, its dividend now pushing 9% and the stock deeply oversold. 888’s yield is pushing 6%. These are levels you won’t find in Macau stocks and you may want to lock them in now, check the dividend reinvestment box, ignore the news and check back in a few years. Even GVC’s dividend yield is actually getting attractive after the stock has been more than halved from highs. There might be a technical bounce here in GVC for a short term trade though it’s not my favorite choice.

But there is good news, heartwarming even, in this jumble of political developments. Philippines President Rodrigo Duterte has proven that he is rational and recognizes the practical limits of his own power. He still really doesn’t like drug addicts and dealers, but at least he recognizes that he cannot kill the goose that lays the golden egg, or at least that even if he could, it’s not in his interest to do so.

Speaking of the Philippines’ gaming industry this week, he wisely said “I am not trying to encourage you [to gamble, but] I cannot stop it anyway and I know I am lacking.” That’s good to hear. The fact that PAGCOR is expected to hit record revenues this year probably has something to do with his decision. If the illegal drug industry were monopolized by the Filipino government like PAGCOR monopolizes Filipino gaming, Duterte probably wouldn’t be able to stop the drug industry either. Not that I’m recommending such, just pointing it out. Unfortunately though for the Philippines’ casino industry in the short term, the spillover from the U.S.-China trade war is likely to affect it negatively as well, at least the investment side of it. But after the trade war is over, stocks with major business in the Philippines like Melco Resorts will be great buys.

Conclusion: The safest place to be long term is U.K. stocks. Dividends are great and will cushion against further losses, and downside is limited. Brexit (if it ever happens) is a long term positive that should cushion the U.K. from EU instability, though short term pain will be felt if Farage can push a hard break through somehow. Stay out of both sides of the U.S.-China trade war, but don’t short them in case a surprise deal is struck. You don’t want to be trampled underfoot while the two sides engage in a self-immolation contest, nor be caught short if they make up unexpectedly. Nobody will win this thing. One side will come out with relatively less self-inflicted wounds, but that’s not a reason to invest in either side.