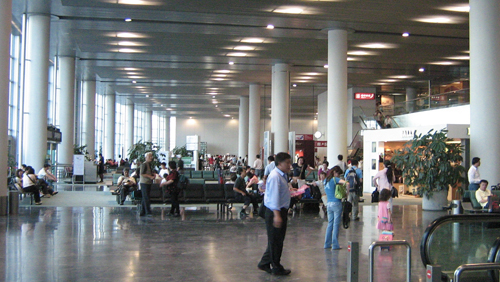 Macau keeps finding new ways to fit even more people into the city. After a month of record high tourism, Macau International Airport (MIA) has reported its busiest month since it opened 24 years ago.

In total, MIA exceeded 800,000 passengers for the month of April, the first time it’s ever accomplished that feat. Macau International Airport Co Ltd. remarked that this was a 19% increase year-on-year. This was helped by increased air traffic, with 6,400 landings and takeoffs in April, a 21% increase for the same period.

They expect to keep growing this number as well. MIA noted in the release that it will work with the Macau government to increase routes, and collaborate on advertising Macau as a “world tourism and leisure center.”

This increase in air travel likely helped carry Macau to its best Labour Day tourism numbers as well. The Macau Government Tourism office recently announced a 37% increase of tourist traffic over the long weekend, in large part thanks to the new Hong Kong-Zhuhai-Macao bridge, but also in some part due to air travel.

Despite these increases in tourism, there hasn’t yet been a strong recovery of gross gaming revenue (GGR). April was another down month for the region, with an 8% decrease year over year. This is in large part because of a lack of VIP traffic, who lack the credit they’ve typically had in the past, and because the surge in traffic is coming from mass-market demographics. Macau isn’t too worried about it though, declaring that this is all part of the plan to rebrand Macau as more than just a VIP gambling destination.

Whatever the sentiment is, the large boost in traffic seen over the Labour Day holiday, combined with the consistent strength MIA has added to tourism numbers, has led analysts to declare that May will be a rebound month for Macau, expecting 2% to 4% growth in GGR, based on a normalization of VIP hold rates and continuing growth in the mass market sector.