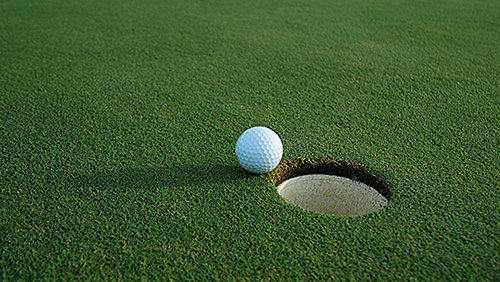 The former play caller for the Dallas Cowboys, retired quarterback Tony Romo, is no stranger to the links. He has been an avid golf fan for years and has done well enough to qualify for a spot on the PGA Tour, either through his own efforts or through exemptions. He’s back once again and a long shot on the fairway could create a long-shot win for gamblers, with $100 possibly turning into $1 million.

Romo is going to be in Dallas this week for the AT&T Byron Nelson Championship. The event is being held at the Trinity Forest Golf Club, of which Romo is a member, but his familiarity with the course hasn’t really given him an edge. The Westgate SuperBook out of Las Vegas has listed his odds at 10,000/1 to win, which is just under 0.1%. Put $5 on Romo as the victor and a cool $50,000—minus Uncle Sam’s cut—could be yours.

This is the third time Romo has appeared in a PGA Tour event. It is also the first that isn’t competing against a more high-profile concurrent tournament. In the last two events in which he participated—both of which were held at Corales Puntacana Golf & Resort Championship in the Dominican Republic—Romo was given sponsorship exemptions while some of the world’s best golfers were competing at the WGC-Dell Techologies Match Play.

Romo may have made a name for himself on the gridiron, but his true passion is apparently golf. He told the Fort Worth Star-Telegram, “This is what I want to do. This is my livelihood. You don’t just get them randomly. You’ve got to be able to perform at some time in front of somebody who thinks you deserve it. I’ve been practicing … and I practice really hard at it, just like a touring pro.”

SuperBook has already started receiving bets for Romo to win. The most expensive bet yet is only $100 but, if a miracle were to happen, that gambler would be looking at a $1-million payout. Not a bad ROI.