The executive with the largest paycheck in Malaysia has been revealed in a report released by the Malaysian Securities Commission (MSC). A company that has dedicated itself to building an empire in the gambling and hospitality industries has shown its gratitude to its CEO, making him the highest paid executive in the country. Genting Group CEO Tan Sri Lim Kok Thay pocketed almost $60 million in 2018. 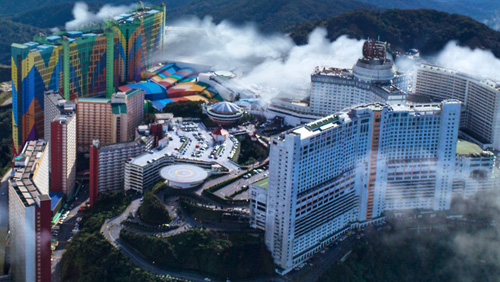 For his work at leading Genting Bhd, Lim received approximately $40.49 million. Under his second hat, as the CEO of Genting Malaysia Bhd, he earned an additional $19.4 million. The calculations include salaries, bonuses, benefits and other types of compensation earned throughout the year.

The MSC releases its Corporate Government Monitor report every year. It looks at compensation packages for CEO of the country’s top 100 companies according to Bursa Malaysia’s Main Market list. That list’s rankings are generated by the companies’ market caps as of December 31 of each year.

The total market cap of the 100 top companies accounts for about 80% of the entire equity market cap in the country and represents about $347 billion. However, things could change in the near future, resulting in what some consider a more equitable distribution of wealth in the country.

Prime Minister Tun Mahathir bin Mohamad said this past March that it isn’t fair that the top executives continue to see their income rise while that of everyone remains virtually the same. He added that the country does not want a thoroughly unequal society where capital owners take too much a chunk of national income, leaving the workers or low-income households with scraps.”

Genting operates the only land-based—and legal—casino in Malaysia. It is part of the Resorts World Genting (RWG) integrated resort on Mount Ulu Kali outside of Kuala Lumpur and has had to deal with several issues over the past year that have hurt the company’s bottom line. Malaysia has increased the tax rate on gambling in the country and Genting is involved in a lawsuit against Fox and Disney over a theme park at RWG. It had to defend itself in a Las Vegas court over designs of its Resorts World Las Vegas property, which were alleged by Wynn Resorts to be too similar to its own. Genting ultimately agreed to make some changes to the venue in order to resolve the conflict.