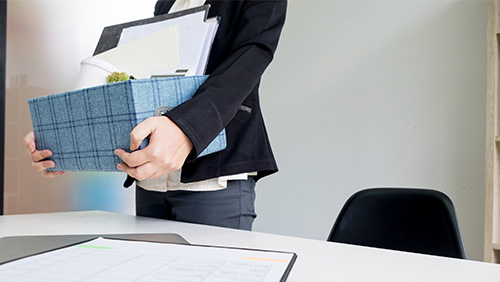 MGM Resorts CEO Jim Murren rolled out his “MGM 2020 Plan” at the beginning of the year, an extensive project that hopes to eliminate unnecessary overhead and increase the casino company’s EBITDA (earnings before interest, taxes, depreciation and amortization) by $200 million over the next two years. Part of the plan’s design could see certain employees replaced by robots, but the company has also decided that it has too many managers. 254 employees in managerial positions with the company are about to lose their jobs.

According to the Las Vegas Review-Journal, MGM released a memo to employees yesterday to inform them of the upcoming layoffs. In total, Murren is hoping to reduce the company’s staff by around 2,000, of which many will be “managers or above” and Murren seeks to “transform the way we operate and leverage the most effective operational architecture for our company.”

The casino industry is changing drastically and is becoming overrun by private equity groups, hedge funds and activist investors such as Carl Icahn, who now controls almost 10% of Caesars Entertainment. The concern is that this transition is resulting in a lack of empathy toward employees, with a greater focus solely on the operation’s bottom line. So far, those concerns have been legitimized by some of the decisions casino operators have taken.

According to Bob McDevitt, the president of Unite Here Atlantic City, “So-called ‘active investors,’ whether they are hedge funds or private equity, are generally interested in benefiting themselves and other shareholders in the short-term, often without regard to the long-term consequences for the company. Consequently, they are a serious threat to the stability and longevity of our industry.”

Murren seems to have adopted the same bottom line policy. He told Bloomberg in March, “MGM is embarking on a major profit resurgence. We believe we’re now in a harvesting of free cash flow mode that will be put toward shareholder returns.” The company seems to be doing pretty well, though. Its annual revenue in 2017 was over $10.7 billion. Last year, it was $11.76 billion.