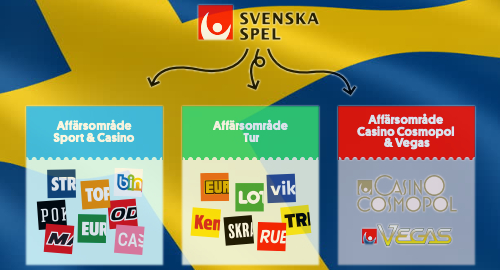 Swede’s former betting monopoly Svenska Spel saw its profits tumble in the first quarter of the year despite the long-awaited launch of its online casino product.

The quarter began with the launch of Sweden’s new regulated online gambling market on January 1 and with it the realization of Svenska Spel’s long-held dream of being allowed to offer an online casino product alongside sports betting.

The new regulatory scheme also forced Svenska Spel to reorganize with a clear separation between its land-based and digital operations. The latter now operate under the banner of Svenska Spel Sport & Casino, which reported revenue of SEK544m, a modest 4% year-on-year improvement.

That’s about where the good news stopped, as the mainstay lottery business reported sales falling 5.8% to SEK1.1b, while the Casino Cosmopol & Vegas casino and slots hall division was down 16.6% to SEK416m.

Moreover, Sweden’s new competitive market comes with an 18% tax on gaming revenue. The former monopoly somewhat bitterly noted that the combo of gaming and income taxes took SEK510m off its bottom line.

Svenska Spel CEO Patrik Hofbauer expressed happiness with everything to do with his company’s current situation except its financial performance. Hofbauer noted that the company’s overall digital operations (including lottery sales) grew by 14% in Q1, and now represent 36% of overall revenue.

Hofbauer credited his company with coming through the “extensive and demanding” division of the group into separate online and land-based entities. This caused his company to focus a lot of its attention inward, but Hofbauer claims Svenska Spel is now ready to do battle with its new market foes.

Svenska Spel’s struggles to adjust to the new reality are far from unique. This week has seen a number of online operators reporting declines in revenue and profits from their Swedish operations. Early indications are that Svenska Spel and the country’s former ATG race betting monopoly were faring better than most so Hofbauer’s protestations should be taken with a grain of salt.