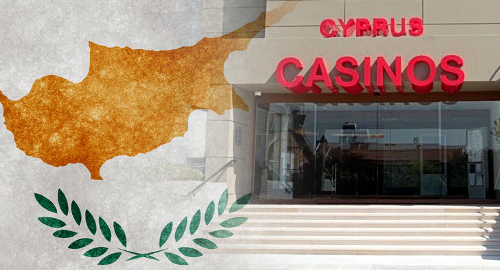 Melco International Development’s three casinos in the Republic of Cyprus attracted nearly half-a-million guests through the end of January, over four-fifths of them local residents.

Melco opened its temporary Cyprus casino in Limassol in June 2018 and has since opened two satellite venues in Nicosia and at the Larnaca airport. Construction of Melco’s main Cyprus gaming venue, the €550m City of Dreams Mediterranean, is just getting underway and the venue is expected to open to the public by 2021.

According to figures released by the Cypriot Gaming and Casino Supervision Commission, around 470k guests had visited Melco’s three operational venues by the end of January. Cypriots accounted for 80% of these guests, while 4% were from Greece and 11% from other countries.

Melco’s guests reportedly gambled around €210m during their visits, from which Melco generated gaming revenue of €35m. The state collected €5.25m in tax revenue, plus an additional €4m in license fees.

Melco’s casinos received another small boost this month after police in the island’s two British Sovereign Base Areas (SBA) announced the closure of all illegal casinos. There were nine illegal gaming venues when SBA police launched their crackdown way back in 2014, but apparently the hard-to-kill operators have finally tired of playing this game.

Meanwhile, the Cyprus National Betting Authority (NBA) says its licensed land-based and online betting operators generated total revenue of €89.2m in 2018, nearly 17% higher than 2017’s result. The NBA reported eight licensed land-based bookmakers and 11 online betting licensees at the end of 2018, although the NBA admits that two of the latter have “temporarily discontinued the provision of their services, by their own decision.”

Land-based betting revenue totaled €60.4m last year, up 22.2% from 2017, while online revenue improved 37.2% to €28.8m. The NBA did its best to boost its online operators’ fortunes by blocking over 4,100 unauthorized gambling domains in 2018, more than the regulator had blocked in the previous three years combined.

The government taxes both land-based and online betting operators at the same rate (10%) of their gross gaming revenue, while licensees also pay 3% contribution tax, resulting in a net win for the state of around €11.6m in 2018.