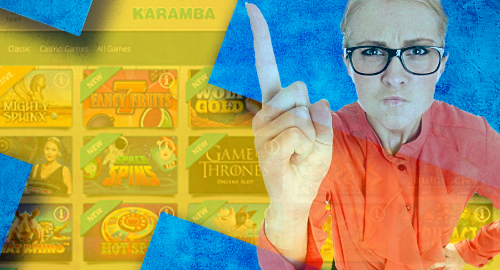 Sweden’s gambling regulator has slapped another six-figure penalty on an online gambling licensee for self-exclusion failures.

On Tuesday, Sweden’s Spelinspektionen regulatory body announced that it had imposed a SEK3m (US$321k) financial penalty on AG Communications Ltd, a subsidiary of Aspire Global, for allowing self-excluded gamblers to access gambling products via its 13 Swedish-licensed sites, including its main site Karamba.com.

In January, Spelinspektionen announced it was probing AG Communications and fellow online licensee Genesis Global Ltd after receiving reports that individuals who’d signed up for the Spelpaus online self-exclusion registry were still able to access the licensees’ gambling products.

Under Sweden’s new regulated online gambling market, all licensees are required to connect their services to the Spelpaus system, which not only allows gamblers to bar themselves from accessing Swedish-licensed gambling sites but also ensures they don’t receive marketing come-ons from Swedish operators.

Spelinspektionen indicated that AG Communications’ sites hadn’t made a single connection to Spelpaus in the week following the regulated market’s January 1 launch. The regulator ultimately discovered that the company had made a number of technical errors, including incorrectly formatting Swedish social security numbers.

In addition to the financial penalty, Spelinspektionen issued a warning to AG Communications to ensure it understands that future violations will be dealt with even more harshly, including potential revocation of its Swedish license.

GOOGLE TO ALLOW PAY-PER-CLICK ADVERTISING, BUT NOT FOR AFFILIATES
In other Swedish market news, tech giant Google recently announced that it will permit gambling licensees to utilize pay-per-click (PPC) advertising starting April 29. Google previously only permitted Swedish state-owned gambling operators such as Svenska Spel and ATG to advertise via its Google Ads platforms (Google Display Network, Search Network and YouTube).

However, online gambling affiliates won’t be granted the same privileges, as Google reportedly feels that affiliates can’t be trusted not to steer Swedish gamblers to unauthorized sites. At least one major Swedish affiliate, Raketech, felt the need to issue a statement saying that, while it hoped that Google would eventually lower the drawbridge for affiliates, the new rules wouldn’t have a significant impact on its revenue.