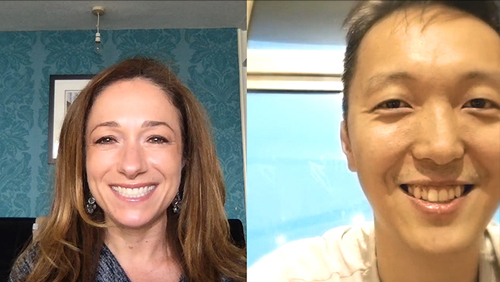 Its been in interesting week for Bitcoin SV (BSV) to say the least, with plenty of chatter across Twitter and crypto-facing news sites on the delisting of the cryptocurrency from several exchanges. While for the innocent bystander it may be difficult to decipher fact from fiction amongst a sea of emotional and often nonsensical tweets, its most certainly not all doom and gloom for BSV supporters.

There are professionals with years of experience in the crypto industry, such as Jack Liu, who has left significant roles to start building on BSV due to its superior technology and vision. Delisting BSV from exchanges will not stop such professionals and in fact, the news inspired Liu to start trading on his new BSV-powered exchange, FloatSV, earlier than expected.

“There’s got to be an exchange for BSV, this is how I thought about it when we launched. Now unbelievably many exchanges are delisting it, so number one is make sure there’s at least a venue where people can trade SV. Hopefully it stays listed everywhere else and then we have more plans on Float as well to come,” Liu shared with CoinGeek.com.

The act of delisting BSV from exchanges not only impacts consumer buying and trading of BSV as a digital asset, it also impacts those developing on the blockchain and the miners who are responsible for the chain’s security.

“I think its going to put a challenge on a lot of people to speed up applications of use cases. So to give an example, if there’s no exchanges, or much fewer exchanges, you have much less speculative money into BSV, the asset. Therefore, miners are going to have to accelerate how much they divide their fees from transactions versus from the coin-base award, because you could theoretically have a much lower price if you have much lower fees and you have no use cases,” Liu explained.

“So the positive is it’s a kick in the butt to any entrepreneur who works on Bitcoin because you’ve got to get going very fast, but you have to go very fast anyways because we have a halving coming up next summer,” he added.

The hasty decision to delist BSV by some of the exchanges is puzzling to those who can see the bigger picture, especially because this behavior highlights the need for professionalism in the industry and could even call for regulation of exchanges.

“I think the regulatory fallout will take some years to play out, but obviously some things need to be reviewed, but in the short term, exchanges are going to do what they want. The big bosses in the space, they feel like they have a lot of solidarity right now amongst their peers, so you could see a lot of delistings, but it just shows something a little bit off about this whole move, something that smells fishy,” Liu said.

“You have a Top 15 asset by any metric and this asset does not have a recent ICO founding members that gobbled up a whole bunch of the pre-mine, or anything like that, this was a different technical protocol implementation of the original Bitcoin,” he said.

“So I can understand that one exchange here or there having an issue, but to ban together and all get rid of it, there’s something smelly about the whole thing, because there’s certainly a lot more worse projects I’ve seen listed on exchanges,” Liu added.

The good news here is FloatSV is alive and kicking, with about US$500,000 in day one volume trading and Liu is only just getting started with his plans for the business.

“A long term goal for the exchange that’s powered by a blockchain is to trade assets 24/7, it can bring a level of transparency, efficiency, of global capabilities, all of the things you see from today’s cryptocurrency exchanges, they leverage these types of features,” Liu explained.

“The real potential once you have a real, scalable blockchain that’s regulatory friendly is you should see some of the real assets, I’m talking about commodities like oil, gold, copper, commodities that don’t trade today that we don’t even think are commodities and currencies, those are assets that can trade against each other,” he said.

“You can imagine FloatSV will not be simply porting over all kinds of altcoins and trading them against BSV, that’s not the intention, the intention is to empower the trading of real assets between each other and empower them over proof of work blockchains because in my belief, in our company’s belief, those are the blockchains that can be relied upon sustainably,” he said.

“That’s why the only three blockchains that are supported by FloatSV is BSV, of course and then we have BTC and BCH,” he added.

In addition to enabling consumers to buy and trade BSV in a secure environment, Liu has rolled out “superwallet” RelayX, a non-custodial wallet that has been designed to appeal to the masses.

“I’m super excited about RelayX because while the exchange is the money maker in the industry today, the exchange I think tops out at 10 to 100 million users, but I think something like a wallet that people can use in everyday life is something that can have potential to reach 5 billion users,” Liu said.

“The beautiful thing about what we are trying to do at RelayX is that BSV is that amazingly fast, cheap transactions, secure, token that’s being sent in and out of the wallet, but we are trying to target a much more mainstream audience who can use RelayX as their wallet for day-to-day transactions and make those transactions across platform to platforms like WeChat and Alipay, two that we have launched today,” he added.

“The experience is I can scan a WeChat QR code and not understand that I’m paying in something called BSV and the merchant will just see something into their WeChat account,” Liu shared.

“Today we have two cross-platform partners that we have been enabling, our goal by the end of the year is to have 50 total, hopefully we outdo ourselves and do 100, but our goal is to make sure that all the payment systems in the world are connected,” he added.

While his plans for FloatSV and RelayX are innovative and exciting, Liu asks users to please be patient as both were rolled out quickly due to demand and he promises any bugs will be fixed as quickly as possible. Liu also casts a positive outlook on Bitcoin’s future and provides a dose of sanity in what can be an otherwise “unpredictable” atmosphere.

“Longer term I think for anyone who is fantastically enthusiastic about Bitcoin, I love it, the more and more people the better and focus on bringing more transactions on-chain because that’s how you’re really growing Bitcoin, nothing else really matters. So get away from the Twitter buzz and get to work,” he said.