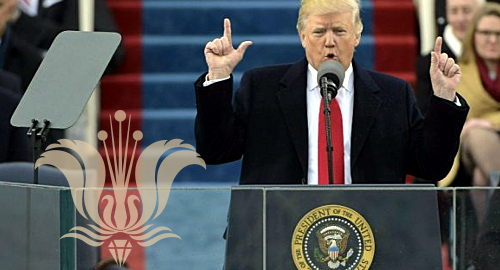 Saipan casino operator Imperial Pacific International (IPI) is caught up in yet another potential scandal, this one involving US President Donald Trump’s inaugural celebrations.

Last week, the Palm Beach Post reported on an event held in Washington, DC the night before Trump was sworn in as president in January 2017. The Asian Pacific American Presidential Inaugural Gala drew over 900 guests, each of who paid at least $75 to enter, while sponsors – including IPI – reportedly shelled out up to $15k apiece.

However, none of the money raised was reported to the Federal Election Commission by the event’s host, the National Committee of Asian American Republicans, as is required by law. And no one appears all that interested in revealing where the money went.

The event’s organizing committee included Jason Osborne, a former Trump campaign aide and a registered lobbyist for the Commonwealth of the Northern Mariana Islands (CNMI), a US territory that includes Saipan, which is home to IPI’s casino operations.

Trump signed that bill into law last July, after which IPI announced it was bringing in 600 more workers from the Philippines to complete construction of its permanent gaming venue on Saipan.

IPI has struggled to complete its permanent venue, in part due to what it claims is a shortage of labor. Earlier this month, IPI agreed to pay a $3.36m fine to the US Department of Labor after former construction workers made allegations of questionable employment practices, including hazardous working conditions.

On Wednesday, the Marianas Variety quoted NMBA president Alex Sablan calling the Post report “completely distorted” and that its claims about his group’s lobbying efforts were “wrong and totally misleading.” Sablan said his group was at the gala to “support” the workforce bill but its presence “had no connection with fundraising for President Trump.”

Following the Post report, Saipan pol Edwin Propst, a noted IPI critic, said IPI had “complete disregard of the laws” and that the activities alleged in the article were “absolutely disgusting and shameful.”

Propst also had harsh words for members of the Commonwealth Casino Commission, saying they’d been “absolutely silent” on this matter and that the commissioners needed reminding that “they are supposed to be regulators not cheerleaders.”

IPI is currently mired in a financial slump, having booked a $378m net loss in 2018 thanks to reduced VIP gambling activity and a mountain of bad debt provisions. Late last year, IPI launched a bond placement looking to raise $38m to help fund completion of its permanent casino.