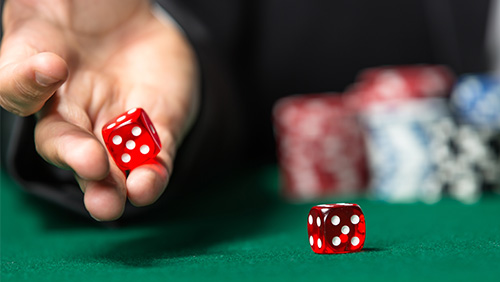 A hop, skip and a jump ago, live poker tours didn’t have to worry about warts and acne because only the privileged few got close enough to see those oily pores.

Today, the whole world has a front row seat, so you have to make sure your production is sweet, and the best goddam dermatologist in the business is the Triton Poker Series, and partypoker is smitten.

It’s not the first time the pair have had a quick feel underneath woolly jumpers. partypoker sponsored the Russian live stream during the same event in 2018, and Team partypoker member, Jason Koon, doubles as a Triton Ambassador.

You have to give partypoker LIVE a wolf whistle. PokerStars go it alone. 888Poker puts more emphasis on partnerships than creating guarantee smashing live tournaments, but John Duthie and the crew do it all, making friends with the best in the business, while also taking a punt at being the best in the industry with the MILLIONS brand.

Triton Poker’s Montenegrin festival is the most adventurous schedule to date with ten events crammed between May 5 – 17, including two €110,000, €1m GTD events in No-Limit Hold’em and Short-Deck formats.

One man you suspect will be at Montenegro, but you won’t see him competing in any tournaments is Rob Young. The Dusk till Dawn (DTD) owner, and GVC Holdings partner, was at the Triton Poker Series in Jeju competing in the high stakes cash games, and you feel he was instrumental in setting up the Triton deal.

Well, he has a little duel on his hands.

Yong was in Las Vegas for the Global Poker Awards (GPA) where he was shortlisted for the Poker Industry Person of the Year Award (Angelica Hael won it), when after a few beers, he talked Phil Hellmuth into competing in five $100,000 Heads-Up No-Limit Hold’em matches, 100bb deep with a 50-minute clock.

Hellmuth’s followers feel he has the edge.

Yong told HighStakesDB.com that although he liked Phil, “he would be really shocked if he won.”

partypoker Chairman, Mike Sexton, believes PokerGO should snap this one up, stick a bow on the top, and give it subscribers, and I agree.

Before or after Hellmuth goes toe-to-toe with Yong, the 15-time World Series of Poker (WSOP) bracelet winner has some work to do.

Hellmuth will once again play and emcee at Tiger Wood’s Poker Night on Friday, May 24. The charity poker tournament forms part of the Tiger Jam, taking place at the MGM Grand, Las Vegas over the Memorial Day Weekend of May 24-25.

The World Poker Tour (WPT) is also a partner, and Vince Van Patten and Lynn Gilmartin also compete. All donations go towards the TGR Foundation, Woods’ charity to empower students to pursue passion through education.

If you want to play, email this guy.