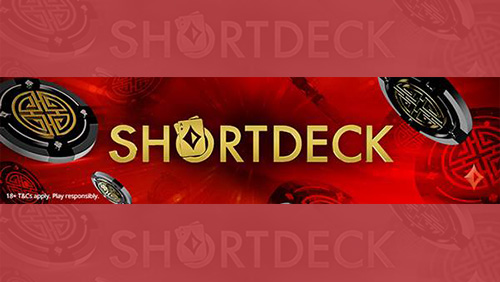 partypoker has launched a beta version of Triton Poker’s ShortDeck across their global dotcom market, adding the ability to partially remove funds from the game without having to leave your seat.

Tears fall as those with bruised shoulders lower the coffin into the ground. As you stand, beneath the azure sky, wondering why the heavens haven’t opened, you think about the absurdity of life and death. The sounds of ‘here today, gone tomorrow’, ringing in the distance on an old-fashioned banjo.

That’s why we should stick to cash games.

There are many variants of poker whose beauty has forced you to squint. Chinese Poker is the first that springs to mind. Remember the talk of World Series of Poker (WSOP) bracelets? World dominance? The bronze bell never rang.

I used to play in a local home game I christened ‘The Ogmore Poker Tour.” Every Tuesday night, we had a $1/$1 Dealers’ Choice cash game.

The game began with a taste of vanilla.

Then the old guard joined and introduced us to games like Seven-Card Stud and Razz. The better players adapted. The weaker players kept losing.

Over time, there were more and more rule changes designed to make the game more exciting for the weaker players. We quickly learned that few people in the game were concerned about long-term profitability. People turned up on a Tuesday night to get their rocks off, and that meant winning the odd massive pot, something that 6-Card Double Flop assured.

Remarkably, as I did my nuts repeatedly in this $1/$1 cash game, a group of crazy, wealthy Asians were doing the same thing for millions of HKD a million miles away.

I had the Ogmore Poker Tour.

The founders of Triton were instrumental in creating the game that we now know as Short-Deck. The pair began stripping cards out of the deck, increasing the likelihood that people would make monster hands or flop monster draws.

Poker felt like being in the middle of a Rolling Stones concert.

The pair stopped at 36-cards.

They created the Triton Poker Series.

Ivan Leow had to put on his shades to protect himself from the glare of the spotlight.

As footage of these fast and furious tournaments hit the airwaves, the online poker industry reacted. PokerStars, often the lead with these things, created Six-Plus Hold’em and began pushing the format across their galaxy. 888Poker created an article explaining the rules, although stopping at producing a version of the game, and now partypoker is in on the act.

partypoker’s version of the game mirrors that of the Triton Poker Series. The beta version is currently accessible for the dotcom market, and only available in cash game format, for now.

In a press release celebrating the release of ShortDeck, partypoker and Triton ambassador Jason Koon, said “I am thrilled that I finally get to play one of my favourite versions of poker on partypoker. I hope you gals and guys love it as much as I do!”

Timofey Kuznetsov is another partypoker pro who has grown to love the game, after winning a Short Deck event at the recent Triton Poker Series in Jeju.

“Short Deck is the most action-packed poker game out there,” said Kuznetsov. “Enough of boring waiting and folding, here you can play half the cards dealt in a cash game and still do just fine.”

And the changes don’t end there.

I once played in a live cash game in the Empire London with an old lady seated to my right. She told me that she was passing, had nothing better to do, so popped in for a look, and decided to play – as you do.

Whenever the old lady won a big pot, she would take most of the chips off the table and put them in her handbag.

“You can’t do that.” Said the dealer.

She can if she plays on partypoker.

When playing ShortDeck online at Tom Waters’ gaff, you can partially remove your winnings as long as you leave 300 times the ante in situ, making it perfect for old ladies rumbling about London with nothing to do.

The decision to mirror Triton’s way of playing this game is another example of partypoker’s strategy to make as many friends in this business as they can.

As Albert Camus once said: