Crown Resorts is reportedly discussing a potential takeover by Wynn Resorts. The Australian gambling giant announced on Tuesday that it had begun negotiations with the company that could see $7.1 billion change hands as Crown is acquired by Wynn. 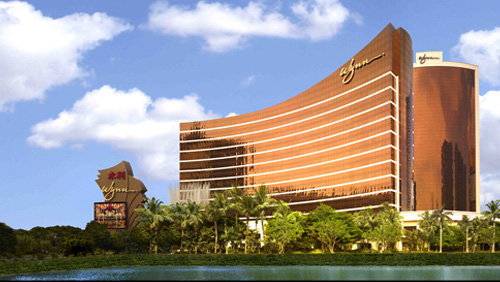 According to a Crown press release (in pdf), “Crown confirms that it is in confidential discussions with Wynn regarding a potential change of control transaction following approaches to Crown by Wynn. The proposal contemplates an acquisition of Crown by Wynn via scheme of arrangement for a combination of cash and Wynn shares. The proposal currently contemplates acquisition consideration (50-percent cash and 50-percent Wynn shares) with an implied value of AUD14.75 per share with the exchange ratio being fixed, using a volume weighted average price for Wynn shares, immediately prior to the announcement of an agreed transaction.”

Crown adds that the company’s board has “not yet considered” the Wynn proposal and that the talks were only “preliminary, confidential, non-binding and indicative.”

The company cautioned that no deal may come out of the talks. It stated, “The discussions between Crown and Wynn are at a preliminary stage and no agreement has been reached between the parties in relation to the structure, value or terms of a transaction. There is no certainty that these discussions will result in a transaction.”

After the news broke, Crown saw its stock price on the Australian Securities Exchange jump. It has climbed 19.68% in the past day and is hovering at around AU$14.06 ($10.04) currently. Wynn Resorts, traded on NASDAQ, has remained relatively equal over the past day, only bumping upward by about 2.77% to $144.85.

Union Gaming (UG) commented on the potential acquisition, stating, “Best Offense is a Great Defense. While we could easily calculate an accretive scenario for this transaction on a standalone basis, we suspect this move is part of a larger strategy for Wynn that is purely defensive. The Wynn Las Vegas and Macau assets are highly sought after. Acquisition is likely the only way for a new entrant to gain exposure to Macau as the government has little desire to issue any new concessions, especially to a foreign company. Further, an unfavorable outcome in Massachusetts (i.e. license revoked) could put Wynn shares under pressure and the company at risk of becoming an attractive takeover target again.”

UG analyst John DeCree added, “Get Bigger or Get Bought. If Wynn acquired Crown, not only would the larger enterprise become a more difficult target but it would deter potential suitors for a number of reasons. First, U.S.-based peers like LVS and MGM probably have little to no strategic interest in Australia, making Wynn a less attractive target. Further, the stringent regulatory probity in Australia would likely keep international suitors like Galaxy or Genting at bay from pursuing Wynn. Having to pass both Australia and Nevada for licensing could prove to be a long and tedious task.”