In an effort to curb problem gambling, Sweden’s state gambling operator is making a big move. Svenska Spel has pledged to stop advertising its online casino for the rest of 2019, local media outline Resumé reports. 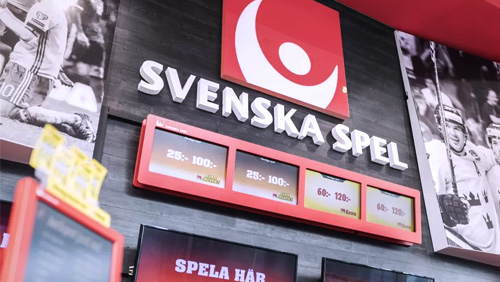 The operator is promising it will not advertise any of its channels, following an internal discussion regarding how it can best protect customers. CEO Patrik Hofbauer said of the decision:

“Svenska Spel has always pushed the line that all the games in the licensed market risk should be classified based on risk levels, and that stricter rules should apply for the more risky games, both in terms of design and marketing. By ending advertising for online casino, we are now taking the plunge.”

This doesn’t impose any kind of blanket ban on advertising though, and many private operators, now under the new regulatory regime in the country, will be free to continue with their current marketing plans.

Although the decision isn’t binding on any operator but Svenska Spel, the CEO implored others to follow their lead. “In the long term, this is the only sustainable option. It is also the only way we can improve the industry’s reputation,” he said.

Hofbauer further argued the decision was right, pointing to a Swedish Public Health Authority survey that showed 60% of problem gamblers preferred online offerings. He somehow felt this was adversely impacted by advertising, thus making the decision even stronger.

This goes contrary to the advice recently given by SKS365 General Legal Counsel Bepi Pezzulli. Although he gives a slightly biased opinion as the general counsel of a private operator, his argument that a lack of advertising can lead to well-meaning gamblers to bet with unsavory, black market operators, is fairly convincing.

Whatever the logic is for the move, Hofbauer appears to be pretty convinced in his convictions, and he believes that if others followed the same path, it would help the reputation of the industry in Sweden. “We would like more gaming companies to join a promotional stop for online casino. It would show that the gaming industry is taking consumer protection seriously,” he said.