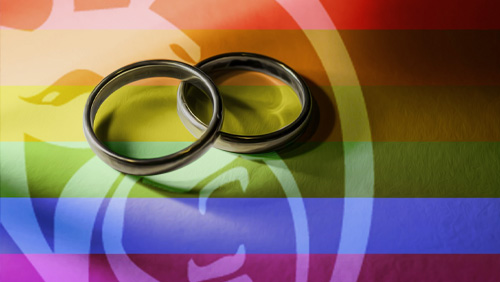 Equality in the workplace is important, not just for the principle of it, but so that employees know their worth to the company is based on merit, and not due to something out of their control. Recognizing that, MGM Resorts have prioritized LGBTQ equality, and as a result have been recognized by the Human Rights Campaign (HRC) Foundation, as they have revealed in a recent press release.

MGM received a perfect 100 score from the group’s Corporate Quality Index (CEI), indicating that they are an ideal place for LGBTQ persons to work. The score is based on LGBTQ-related policies and practices, benefits, workplace protections, health care benefits, competency programs and public outreach. A perfect score indicates that MGM is doing their best work in all of those areas.

“At MGM Resorts we have a long-standing history of making Diversity and Inclusion a priority, we put the action behind our words and we will continue to stand with the LGBTQ community.”

The release notes that same-sex marriage, which was not legal in many of the areas where MGM operates for a long time, has been celebrated at the resorts with same-sex commitment ceremonies performed at their chapels.

They’ve also turned to champions of the LGBTQ cause for their entertainment. Lady Gaga, a very public defender of equality and icon for the community, is currently in the middle of her MGM Park Theater residency, which will run until November 9. She’s used her stage to advocate for a more inclusive version of religion, and slammed U.S. Vice President Mike Pence for some of his anti-LGBTQ stances.

In an age where corporations are increasingly being judged for how they treat social issues, MGM is putting itself at the front of the pack. For that, they receive recognition, and maybe bring a few extra people in the door as well.