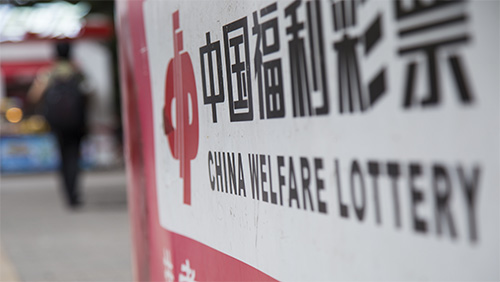 China’s lottery sales have been on the rise, seeing significant profits throughout 2018 and into January of this year, but February proved to buck the trend. According to the country’s Ministry of Finance, China’s lottery sales fell by as much as 8.8% in February, ending the streak of success that the country had seen over the last 13 months.

The truth is that some decline was not seen as a surprise. The increase in 2018 came as a result of the World Cup, which drove overall lottery sales. It was really the sports lottery that pushed revenue to increase by 8.4% overall, with a 37% increase coming from the World Cup alone.

January 2018 got off to a fast start, once again driven by the sports lottery. The AFC Asia Cup tournament produced 56% of the overall lottery sales revenue, approximately CNY26.74 billion. However, this was not the only driving force. Welfare lottery sales still increased by 9.7% over the sales in the same month of 2017. Of the 31 cities and provinces in China that are authorized to sell lottery tickets, all but a handful reported an increase.

Now with the Asia Cup over, lottery sales plummeted in February. According to the Ministry of Finance report, 24 of the 31 provinces reported that sales were down. While no official word was given for the decline, it is clear that the lack of a national sporting interest helped fuel the lack of interest in the lottery sales.

The bad news is that no significant international sporting event is on the docket until the end of summer. That will likely mean that sports lottery sales will not help to generate increased overall sales in the lottery system, which could put the country’s streak of three successive years of increases in jeopardy.