Home / Business / Jesper Karrbrink on moving on from Mr. Green to new opportunities 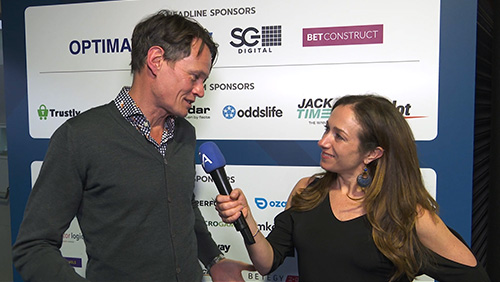 Jesper Karrbrink accomplished a lot at Mr. Green, the online casino and sports book operator. He’s now moving on though, but not before first joining CalvinAyre.com’s Becky Liggero to talk about the accomplishments and lessons learned from his time there.

Karrbrink might be moving on, but he’s nonetheless proud of his time at Mr. Green. “We have three amazing years, and we basically doubled the business, we doubled the profits,” he told Liggero. “The team down there, it’s the best. It’s a chapter of my life I’ll remember forever.”

One of the bigger accomplishments during Karrbrink’s time with the operator was introducing a sports book to the site. That wasn’t as easy as it might have seen, he reveals. “I think being a strong casino brand as Mr. Green, that’s a really, really strong casino brand, it’s not that super easy to launch a sports book, because you are a casino brand and you have a casino culture,” he explains. “And the sports book team has really been fighting to find their presence and their place in the organization because everything is run by the casino, casino, casino. That took me with a bit of surprise, and we have a fantastic sports book team and their doing an amazing job.”

The next move for Karrbrink is already looking like it will be a big success. “We have discussed with William Hill that me and Ben McDonagh will do an MBO [Management buyout] of Green Jade Games,” he explained. “So we’re in the process of finding investors backing that and we launched our first game with Mr. Green, and the response from the players was much more positive than we ever thought. Actually the first game comes picked up as the second most played games among VIPs the first two weeks, and it became the sixth most played game in the entire December, so I think we have something cooking here.”

From there, the conversation turned to the importance of affiliate marketing, which can bring in customers the operator sometimes can’t. “They have a role out there, because they are extremely digitally savvy, they are entrepreneurial, they find ways that we are not finding ways, and as long as they provide us with players, we are happy to pay for them,” Karrbrink said. “And honestly, we’re not paying much more for these players than the ones we’ve brought in for ourselves by ATL marking or digital marketing. So I think this mix will continue for a long time.”

An important rule for affiliates though is to be just as careful with compliance as the operator is. “It’s very, very important that the affiliates are playing with the same rules as we are,” Karrbrink noted. “They can’t be less compliant than we are. They can’t cut corners that we don’t want them to cut.”

The last, but maybe most important thing, Karrbrink discussed with Liggero was company culture. “I usually say the most important rule as a manager or the CEO is to put context,” Karrbrink noted. “Why are we investing so much in green gaming when it actually takes down our revenue? Explain that, and people understand it.”