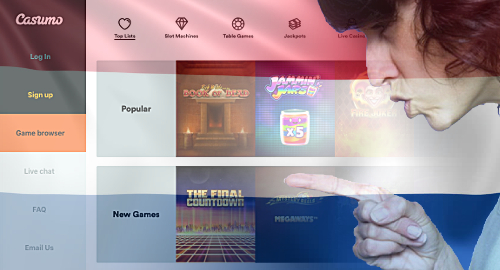 Dutch gambling regulators have doled out yet another six-figure fine against an unauthorized online gambling operator.

On Monday, the Netherlands’ Kansspelautoriteit (KSA) regulatory body announced it had imposed a €310k penalty on Malta-licensed Casumo Services Ltd for offering online games of chance to Dutch customers despite such activity having yet to earn the legal stamp of approval from the local government.

This is the second major fine imposed on Casumo in the past four months. Last November, the UK Gambling Commission hit the operator with a £5.85m penalty for failing to ensure adequate safeguards were in place to protect problem gamblers from self-harm.

In February, the KSA announced plans to impose “terrifying” new financial penalties on online operators who continued to serve Dutch gamblers without Dutch permission. That announcement followed shortly after the KSA imposed a €400k penalty against the operators of the Curacao-licensed 1xBet.com and a host of affiliated domains.

The KSA’s Casumo crackdown came just days after the Dutch government published the text of its updated Gambling Act in the Official Gazette. The revised Act, which was approved by the Dutch senate in February, will finally allow international operators to apply for Dutch online licenses, although the KSA has yet to state when interested applicants might start forming an orderly line outside its offices.

However, the government has warned that ‘cowboy’ operators who flagrantly ignored the KSA’s ‘keep out’ warnings over the years will have to serve a ‘cooling off’ period of up to two years before becoming eligible for a new online license.