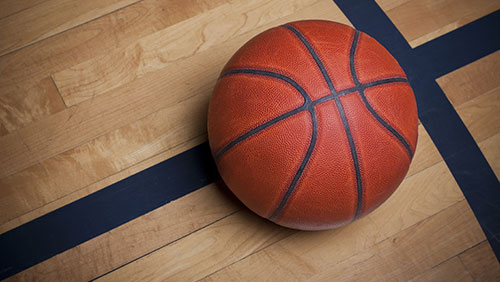 The NCAA Tournament was expanded to 68 teams starting with the 2011 Big Dance, which is also when the First Four made its debut in Dayton, Ohio. In theory, the First Four features the four worst conference champions in the entire field and the last four at-large teams to get a bid. Every year so far at least one First Four team has gone on to win at least a first-round game as well. VCU in 2011 went all the way to the Final Four.

The opening game of this year’s First Four Tuesday on the University of Dayton campus is No. 16 Prairie View A&M vs. No. 16 Fairleigh Dickinson, with the Knights as 2-point favorites. They were the regular-season and tournament champions of the Northeast Conference. FDU has never won a game in the NCAA Tournament and played in the 2016 First Four, getting trounced by Florida Gulf Coast.

Prairie View A&M dominated the SWAC with a 17-1 regular-season record and then beat Texas Southern in the conference tournament title game. Perhaps no school had a more unusual non-conference schedule. The Panthers went 2-11 but played every game but one on the road.

Also Tuesday, No. 11 Temple of the American Athletic Conference takes on No. 11 Belmont of the Ohio Valley Conference – the Bruins are just the second OVC team to ever get an at-large bid. They tied with Murray State for the regular-season title but lost to Ja Morant and the Racers in the tournament title game. Belmont is led by senior Dylan Windler (21.4 ppg, 10.7 rpg).

Temple, a 3.5-point underdog, finished tied for third in the AAC and then had to sweat out Selection Sunday after losing its conference tournament opener. Very successful head coach Fran Dunphy is retiring after this season.

Wednesday’s action opens with No. 16 North Dakota State a 5.5-point favorite over fellow No. 16 North Carolina Central. NDSU was a surprise winner of the Summit League Tournament after finishing third in the regular season. The Bison started this season 2-7. North Carolina Central was the upset winner of the MEAC Tournament. It’s the third straight Big Dance for the Eagles. They lost in the First Four each of the past two years.

The First Four wraps up with No. 11 St. John’s, apparently the last team into the field, and No. 11 Arizona State, with the Sun Devils as 1-point favorites. Frankly, it might be more interesting to see the head coaches play a game of one-on-one. ASU is coached by former Duke legend Bobby Hurley, and three-time Big East Player of the Year (and one-time National Player of the Year) Chris Mullin leads his alma mater St. John’s. ASU beat St. John’s in the 2017-18 regular season, 82-70 in Los Angeles.