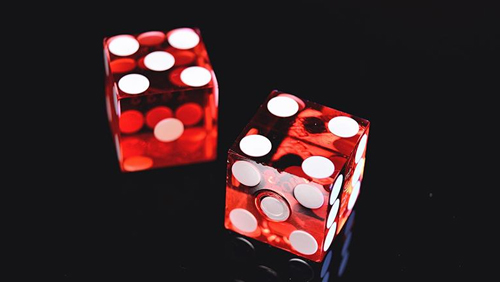 The future of gambling is going to have several game changing super forces to manage and capitalize on. Jay Walker, chairman of Walker Digital, and Earle Hall, CEO of AXESNetwork, spoke about these forces at the ASEAN Gaming Summit 2019, held again this year in Manila.

Both men spoke on the topic of future technologies, and what they will mean to the world and gambling. Walker used his key note speech to talk about six super forces that are guaranteed to change the world in ways that only a few of us can really imagine yet. Hall focused hard on blockchain technology, and the do’s and don’ts for operators, regulators and vendors who are considering adopting the technology.

Walker noted that the gambling industry has excelled at using its imagination to capitalize on new opportunities, and it will need to leverage that talent to ride these new super forces into the next era. In some cases, the path is pretty obvious, and in others it requires a bit of thinking.

Something that jumps out is the combination of wearable devices, improving data networks and feedback learning. Walker predicted that mobile phones would be seen as antiquated in the next 10 years, replaced entirely by wearable devices. This emerging technology, combined with superior data networks like 5G, and feedback loops that create an augmented reality, could combine to create a new, immersive virtual reality of gambling. He noted that at some point in the future, the expensive casino palaces we’ve built to house games could be made completely obsolete by the ability of consumers to enter a virtual world with the same elements.

Then there are the market factors that the gambling industry will need to adapt to. Automation and robotics will increasingly take over menial, and sometimes complicated, tasks. Urbanization will increasingly bring the masses into cities, with 70% making the move by 2050. Finally, the global middle class will explode, with China adding 500 million people to it by that same year.

Walker’s words of motivation that followed were fairly simple. The gambling industry will need to compete for that growing middle classes attention. It is industry best suited to provide random number games, but will need to apply its imagination to these upcoming forces to really take advantage.

Uses and pitfalls of blockchain technology

He spelled out the three Ts of blockchain that he feels offer advantages over existing technology: trust, traceability, transparency. However, he disputes the idea that blockchain technology is revolutionary. He feels it is necessary, but not necessarily a game changer.

The reason it is necessary is because of the emergence of quantum computing. Hackers will soon be able to successfully attack most operations if they are not properly safeguarded. In Hall’s view, blockchain, because of its distributed nature and strong security, is best suited to protect data from being corrupted by bad actors.

But leaders should be very thoughtful before applying blockchain to their own applications. Regulation is still not as prevalent has it needs to be, and due to its immutable nature, leaders better have a strong game plan away from the technology before writing their data into history. Forging ahead before the technology is truly ready could open up the industry to set backs, if they chose the wrong blockchain at the wrong time.

The advice from these two men provided the conference very valuable insight into the future technologies the gambling industry will need to contend with. The crowd walked away with a better idea of the possibilities, and also the risks, of the emergent technologies on the horizon today.