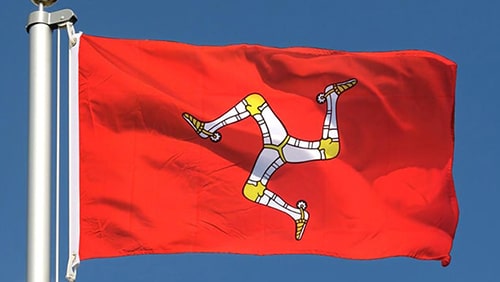 Gambling operators got a bit more digital asset clarity from one of the industry’s prominent regulating districts. The Isle of Man has published its guidance on digital assets and token activity, starting to reveal how they will regulate blockchain activity.

The Isle of Man Financial Services Authority (IOMFSA) has decided to take a technology “neutral approach.” The primary way they will decide on what works and what doesn’t is a “look to the substance of the activity being undertaken rather than the form.”

The IOMFSA noted in their guidance paper:

“1. it will regulate entities undertaking activity with cryptoassets and tokens that have the characteristics of securities or electronic money to the same extent as if they were issued in other forms, and

“2. Entities undertaking certain activities with cryptoassets and tokens that fall outside the regulatory perimeter – including cryptocurrencies, such as Bitcoin and Ether – do not require financial services licenses but must register with the IOMFSA as “Designated Businesses” and comply with Anti-Money Laundering and Countering the Financing of Terrorism requirements.”

Steve Billinghurst, the Regulatory Lead at Digital Isle of Man celebrated this step, but noted there’s more to do:

“The publication of this guidance is an important milestone, marking the culmination of a period of close cooperation between ourselves and the IOMFSA. But there’s plenty more to do as the regulatory environment in crypto assets and cryptocurrencies continues to develop in major jurisdictions.

“Digital Isle of Man continues to keep a close eye on developments and, through a series of discussions with industry stakeholders, we will be bringing new proposals, for its consideration, to the IOMFSA regarding potential future regulatory matters, new guidance notes and further FAQs to support professional advisers and their clients.

Industry support has been shown from DQ Advocates, MannBenham and Quinn Legal all welcoming this initiative on the Island, adding that the guidance issued demonstrates the IOMFSA’s interest in this burgeoning and fast-paced area of commerce.”

For gambling companies regulated by the Isle of Man, this should give some level of clarity and boost potential investment in enterprise capable blockchains, of which Bitcoin SV is the only real choice due to it’s ability to massively scale. The jurisdiction encouraged businesses to work with them “to access business advisory and accelerate blockchain business growth as well as join an experienced and supportive blockchain ecosystem, with access to a dedicated hub.”

This is a promising step, as regulatory clarity is necessary before operators begin seriously investing in new technologies. At CoinGeek Live, we learned that operators want to know regulators won’t slap down blockchain efforts, and few legislators, like U.S. Congressman Darren Soto, who is trying to pass legislation in America.

It is just as Congressman Darren Soto said during his presentation at CG Live. “no industry can survive if there’s uncertainty.”

More countries need to follow in the steps of the Isle of Man and at the very least publish guidance so that industry participants with headquarters within their country know where the country stands on blockchain and digital currency offerings and which government agencies they need to register with so that their service offering(s) are compliant.