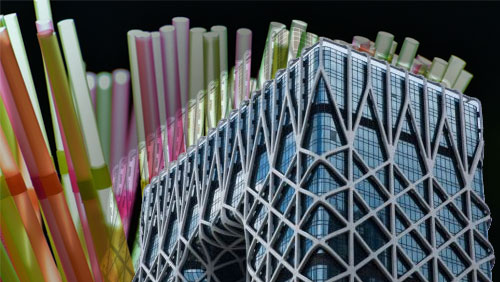 Who says that casinos are only interested in making money? That may be true of some, but not at Melco Resorts & Entertainment, where they announced on March 14 that the resort and entertainment giant had become the first global hospitality an integrated resort (IR) operator to make a commitment to reducing the amount of plastic pollution they produce.

Led by Ellen MacArthur, the initiative is known as the New Plastics Economy Global Commitment. The goal of this initiative is to eliminate plastic waste and pollution across the globe, an idea that executives at Melco were excited to sign onto.

According to the agreement, Melco agrees to remove all single-use plastic bottles from areas used by employees. This is to have completely taken effect by the end of 2020, as the company also intends to expand this policy into guest areas as well.

It has become quite common for resorts and higher-end hotels to leave individual bottles of water in customer’s rooms to provide them with fresh, bottled water. This has become a “luxury” that many patrons have become accustomed to, but clearly, this is a move to take action to protect the future of the earth.

In addition, the unnecessary use of plastic will also be eliminated. This will include plastic used in amenity kits, straws, garbage bags, and in plastic wrap used to package items for sale or distribution. While not all plastic will be eliminated, that which remains will be placed in recycling and most plastic will be replaced by compostable packaging.

What makes this move so dramatic is that this is not a small resort and casino operation. Melco is expanding throughout South Asia, the Middle East, and into the Mediterranean, making this a rather significant move by a company with a globally recognized name.

It was reported back in 2016 that Melco International Development would be opening four luxury casinos and resorts in the Mediterranean, including in Cyprus. In June 2018, a temporary facility was constructed in Cyprus, with the permanent structure expected to be completed in the year 2021.

Melco owns casinos in Macau and in the Philippines, so this is not a small-time player making a grand gesture. This is one of the largest casino operators on the planet choosing to take action to try to curb the amount of plastic pollution in the world.

According to Melco Chairman and CEO Lawrence Ho, the company sees the need to protect the planet and is willing to take action to be a leader in helping to improve the earth for future generations. “As a leading IR operator and responsible corporate citizen, it is our duty to take concrete action by helping resolve some of the key environmental threats facing communities around us,” Ho explained.

This is a bold move and one that would not be surprising to see other IR companies follow.