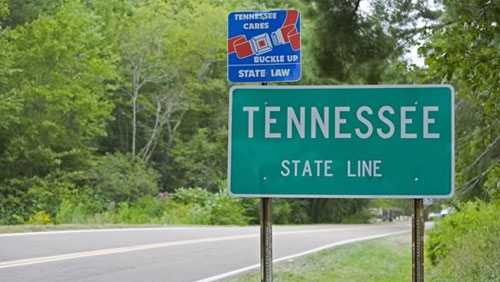 Lawmakers in Tennessee are attempting to bring sports gambling to the state. They have been discussing a bill that would allow local jurisdictions to hold votes on the matter in order to decide their own gambling destiny, but there has been some resistance from the top. Governor Bill Lee, who had no prior political experience before being elected to run the state, has been an outspoken opponent on the subject, hesitant to rock the boat too much. This could be changing, though, as reports are circulating that Lee is now in favor of sports gambling legalization, provided he has input on how the industry is conceived.

A report by the Volunteer State’s WKRN news outlet indicates that the sports gambling bill is currently being redesigned and will include certain additions provided by the governor’s office. Lee has previously stated that he was opposed to gambling bills, which have included casino expansion in the state, but is now warming up to sportsbooks.

WKRN reports that it was told, “Governor Lee continues to believe that gambling expansion is not in the best interest of our state. The Lee administration will often work with lawmakers to improve a bill that impacts the state’s economic and social health, even if it’s not something we plan to support.”

Last October, Lee said of sports gambling, “I would work with the legislature to make sure they didn’t approve it.” This position is completely the opposite of what is now being shown coming from the governor’s office and should give the gambling industry cause to get excited.

Tennessee’s current legislative session ends in the middle of May, which means there isn’t much time to see the bill progress this year. However, it is expected to be put to a House committee vote next week and perhaps it will find the boost it needs. If it doesn’t, it could still be addressed in the following legislative session without having to be resubmitted.

Perhaps Lee was swayed by the fact that he realizes the Department of Justice (DOJ) is trying to infringe on states’ rights. Tennessee is reportedly one of a handful of states that have gotten behind a lawsuit against the DOJ after the agency decided that it had the right to tell states what they could do when it came to gambling legalization.