Home / Business / Germany’s Dr. Patrick Sensberg: Grey market is no good for anyone 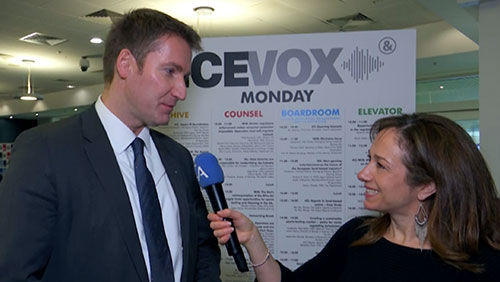 Gambling regulations have been hard to get straight in Germany, largely due to complications of the political system there. To help us understand their struggle, Dr. Patrick Sensberg, a member of the German Parliament since 2009 representing Hochsauerlandkreis in North Rhine-Westphalia, joined Becky Liggero to explain the situation.

“In Germany we’ve got 16 states called the länder,” Sensberg said. “They have to bring up a new state treaty. We have no actual state treaty, so we have a grey, not regulated, market. And that’s the task, to regulate the market.”

Sensberg understands that offering a grey market is not in anyone’s best interests. Consumers, especially those prone to addiction, are left unprotected, and businesses looking for clarity have none. So something has to change.

“We need a regulation over the whole market, including the lotteries of the state, including sport betting, but also including the online sector,” he declares. And he wants to ensure it covers everything. “Online casino, online poker, that’s not inside right now, but people are playing in these fields. So if you want to have consumer protection, if you want to look on the taxes… we have to find a regulation of the whole market.”

The problem is largely with finding a consensus in Germany. Some states are dragging their feet, while others want to charge ahead. “We have no situation that all länder have the same side on the issue,” he explains. “So I think there’s a little group of the länder of the states that will move forward. There is pressure because we have to find a solution before summer this year, and we really have to find a solution until 2021. So the pressure is getting larger the market is getting bigger, Germany is more in the view of the European Union because it’s the largest market right now. I think pressure is growing, growing, growing, and I hope we’ll see a regulation faster than ever [with] these things.”