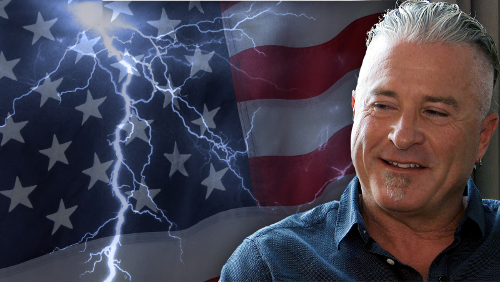 Bitcoin was originally designed to operate within all legal frameworks and work within regulation. This still exists in the form of original Bitcoin BSV. The Segwit BTC fork off of Bitcoin (still erroneously called Bitcoin by exchanges) has decided that it wants to move power and value away from miners and to a US-based company that controls the Lightning Network protocol. (I’d call Lightning a side chain, but it’s not even a chain; much worse, it’s just a messy system of payment channels off the BTC blockchain). In addition to the security challenges (miners will stop mining the BTC chain) and restriction against true scaling of Bitcoin’s blockchain, this creates another currency system that is controlled by people inside the US.

The US government has long maintained that any transaction taking place anywhere in the world is subject to US law merely by being transacted in US money. Its courts have also extended jurisdiction to any website domains, such as .com, managed by Internet registries in the US, and frequently even foreign companies using such domains. It is no stretch to believe that all cryptocurrencies centrally managed from inside the US will also soon fall into this same position – which is highly questionable under other countries’ and international laws.

This issue will also affect Ripple which has centralized control by one company (Ripple Labs) in the US. Like BTC/Lightning, Ripple operates like a company with central command in the US.

Ethereum, in addition to not scaling, has planned a technical road map away from Proof of Work to less secure and more centralized Proof of Stake, and also has significant US exposure in its team. The only real use for Ethereum today is as an enabling technology for scammy and illegal ICOs (Initial Coin Offerings or unregulated and illegal security tokens).

This is a challenge for all industries but in particular for the gambling industry given the US’s historically strange issues (for a major western country) with gambling in general, and its lack of hesitation to use its criminal justice system (in violation of international law, by the way) to stop internationally licensed operators from competing with US corporations. I believe I am a living testament to this issue.

But back to the solution. The original Bitcoin (now only existing as Bitcoin SV) was designed to be fully compliant with regulations of any individual country and to conform with international law. However, it was never the intent of Craig Wright and team when they invented Bitcoin for any one country to be able to shut down the Bitcoin network. Now, the Bitcoin SV Node team has been careful to ensure that everything necessary to keep the platform healthy exists outside the US.

This does not mean that the Bitcoin BSV platform is anti-US, but rather that it should be allowed to operate globally – including in the US. It will be fully compliant inside the US and welcomes participation by everyone inside the US, without the entire network subject to risk of being shut down under US law like other major cryptocurrency platforms are today. This makes Bitcoin unique in this area. When you combine this with Bitcoin SV also being the only blockchain that massively scales today and is committed to never changing the base platform so you have a stable base to aim development at it’s pretty obvious that Bitcoin is the only option for the global gambling industry, including inside the US.

I know most of my friends in the gambling industry are working full speed on Bitcoin applications and payment options for their gaming platforms. BSV offers a legal compliance-friendly open source token protocol, Tokenized, which enables creation of tokens for 50 different types of real assets. When combined with Bitcoin SV’s scaling and stability, Tokenized is a unique tool in the world today because its design helps businesses comply with applicable laws in their jurisdiction rather than living in the “cryptoanarchist” mindset of ignoring real world laws. This is also what I recommend for everyone in the gambling industry and all other industries in the world.

Bitcoin SV is the only platform that can do it all today and is the lowest risk development path forward for everyone. I suggest that anyone who needs help contact nChain, as its patent portfolio (700 applications and growing) is significantly available for royalty-free usage only on BSV and they are happy to help with your technical road maps. Also, everyone should join the Bitcoin Association and attend future CoinGeek conferences to stay up to date with changes in this space.

I would not spend anything developing gambling on any other platform than original Bitcoin which is now only BSV.