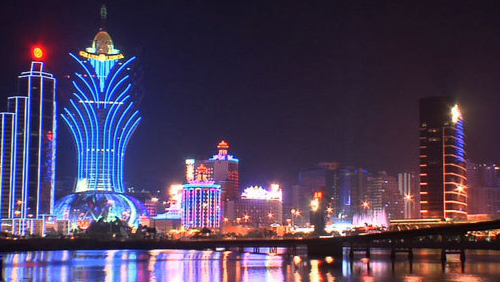 Macau is back on track for growth. February saw a 4.4% increase in gross gaming revenue (GGR) year over year, increasing to MOP25.37 billion (US$13.4 billion), reports GGRAsia.

The increase could be in part due to the Chinese New Year. That celebration is big for Macau, and brings in a large increase of tourists. “The timing of Chinese New Year (CNY) should have, in theory, benefited this year,” said Grant Govertsen, an analyst for Union Gaming Securities Asia Ltd. “Based on our on-the-ground observations, and given robust foot traffic trends, it appears that mass market came through for operators and growth of this segment likely remains in the low double digits.”

The holiday really helped revenue overall. For the first time ever, Macau saw over 1 million arrivals solely during the celebration period. That represents a 26.6% increase compared to the previous year.

This represents a rebound for Macau, who in January, snapped their streak of 29 straight months of GGR growth with a 5% decline from 2018. Even with the 4.4% increase in February, Macau is still 0.5% behind the GGR they were at year over year for the two months combined.

Hopes would be that the rest of 2019 will help build a new streak. The director of the Macao Government Tourist Office has already said he anticipates as much as a 6% growth in tourism this year.

A lot of that increase will be due to the new Hong Kong-Zhuhai-Macau bridge. It only opened in October 2018, and after a month, had already increased the number of visitors by 15.3%. If those numbers keep increasing, Macau should have plenty of foot traffic to help their GGR numbers for the full year.

Most analysts will note though that the real driver behind GGR isn’t the number of tourists, but rather the number of VIPs. Govertsen has said about that topic, “VIP likely dipped into negative territory on a market-wide basis, although certainly mixed at the operator level. On a GGR/day basis, February was MOP906 million … or the highest level since the fall of 2014.”