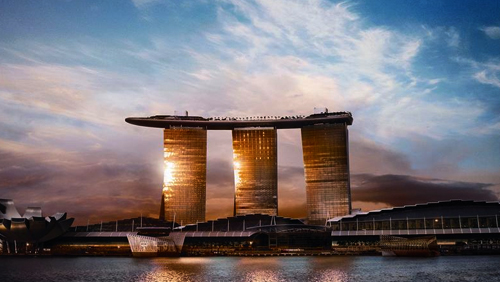 For anyone looking for a new job, Marina Bay Sands is recruiting. The Singapore-based casino resort has announced via a press release (in pdf) that it is looking to hire as many as 700 new employees in an effort to meet a target of 11,000 employees it hopes to have in place by the time 2019 draws to a close. The company has already begun its recruiting efforts, holding a two-day job fair that began on Monday at the Sands Expo and Convention Center.

Marina Bay Sands is a subsidiary of Las Vegas Sands Corp., the gambling giant owned and controlled by Sheldon Adelson. It is currently looking for a range of employees, including security guards, butlers, slot machine attendants, sous-chefs, bar staff and more. It adds in the release, “As an inclusive employer, the integrated resort is also committed to hiring special groups keen to join or return to the workforce – e.g. home-makers, senior workers, retrenched personnel, students and people with disabilities.”

Marina Bay stated that its attrition rate last year was around 13.7%. Citing the Ministry of Manpower in Singapore, it added that the industry average was about 29.4%—an attempt to show that its employees remain with the company longer. It added that over 50% of the resort’s staff had been with the company for more than five years.

According to the Senior VP of Human Resources for Marina Bay, Chan Yit Foon, “We think dynamic work arrangements make a lot of business sense, especially in an industry as scalable as ours. It allows us to tap into groups who are looking for jobs but unable to commit to the full 8 hours every day. We’re talking about retirees who have years of experience behind them, the home-makers whose kids are still schooling, and the young millennials who want time to explore other areas of their lives.”

Marina Bay recently introduced a new program that allows employees to cross-train in various aspects of the resort’s operations. The program is called the Cross-Deployment Scheme, and allows the resort to “build a strong pipeline of hospitality talent.” Employees spend time performing different job functions and training new skills and receive a $222 bonus with each successful rotation.