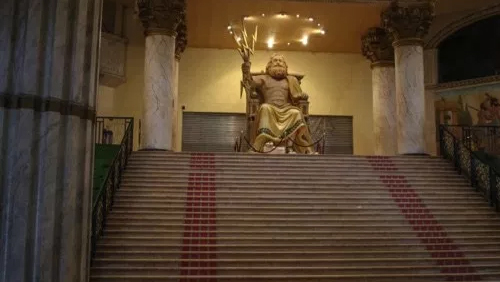 Amax International Holdings, which is listed on the Hong Kong Stock Exchange (HKSE), has announced that it has completely dumped its interest in the company that previously ran the now-shuttered Greek Mythology casino in Macau. The gaming company added that it sold its interests to Fu Po International Ltd., a property investment and business consultancy firm registered in Macau and that it made the decision after repeated attempts to receive audited financial statements regarding the venue had failed.

Amax sold to Fu Po its entire 24.8% stake in Greek Mythology Entertainment Group Corp. for a “nominal sum.” It added that the disposal included an impairment of around $45.1 million related to its interest in Greek Mythology, as well as $3.63 million of an amount that was due from Greek Mythology at the end of September 2018.

The company asserted in its filing, “The board is of the view that, based on previous discussion with the company’s auditor, the impairment and the disposal of the associate [Greek Mythology] could address and resolve the audit issues arisen by the auditor’s prolonged disclaimer of opinion on the company interest in the associate and the amount due.” It added that it will now concentrate on its casinos in Vanuatu and Cambodia.

Greek Mythology, which is located at the Beijing Imperial Palace Hotel, shut down a few years ago as its business partners independently began to vie for control of the casino. It was temporarily closed in 2015 and the Beijing Imperial was closed by the Macao Government Tourism Office for six months the following year. The casino then permanently shut down after its operating license lapsed due to non-compliance of several Macau regulations. Among those were “illegal structures” and the company ultimately decided that it wasn’t worth the effort to undergo the required renovations.

The impairments aren’t expected to hurt Amax’s bottom line, according to the HKSE filing. The company stated, “The board wishes to emphasize that the above-mentioned impairments are one-off and non-cash in nature and do not have any impact on the cash flow and the current business operations of the group.”