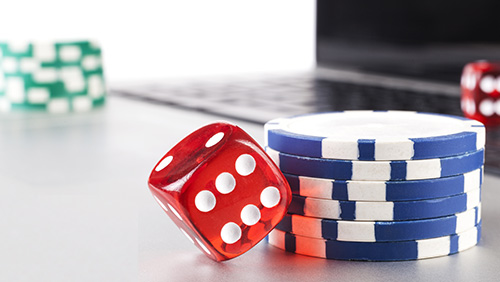 Macau junket operator Amax International Holdings managed to slash its net loss by as much as 94.87 percent in its most recent financial year, thanks to its “flourishing” business operations in Vanuatu and Cambodia.

In a disclosure to the Hong Kong Stock Exchange, Amax announced that it brought down its net loss to HKD50.7 million (US$6.5 million) in the 12 months ending March 2018, from HKD988.5 million ($126 million) the previous year.

The decrease of its net loss was a result of the firm’s continued streamlining efforts and the reduction of the recognition of its impairment losses during the year, according to Amax.

The company also did quite well on the financial front with revenues growing more than four-fold to HKD62.2 million ($7.93 million) from HKD11.4 million ($1.45 million) the previous year.

Amax’s VIP room operations in Cambodia provided the most revenue for the company with HKD34.1 million ($4.35 million).

“The increase in revenue was mainly attributable to the revenue derived from the gaming business in Vanuatu which has continued to achieve progress after its operation commenced in July 2016 and the stable revenue contributed by the business in Cambodia,” the firm said.

The company’s business revolves around investment holdings, operating gaming business in Vanuatu and Cambodia, and the development of innovative intellectual properties and technological solutions.

In December 2017, Amax announced that its wholly-owned subsidiary Victor Mind Global Ltd. has signed a three-year license agreement to rent the Target VIP room in the Genting Crown Casino in Poipet, Cambodia.

Genting Crown Casinos, which is not connected to either Australia’s Crown Resorts Ltd or Malaysian gaming operator Genting Bhd and its units, is one of the first licensed casinos in Cambodia.

Amax outsourced the operation of the VIP room’s 13 VIP baccarat gaming tables to an undisclosed third-party junket operator. The junket operator was said to run VIP rooms at Marina Bay Sands in Singapore and the Imperial Pacific Resort Hotel in Saipan.

The Hong Kong-listed firm also disclosed that the financial information of Macau’s Greek Mythology casino, which remains the subject of grueling litigation, was still unavailable when it was preparing its consolidated financial statements.

The company estimated that the impairment losses on its interest in Greek Mythology and the amount due from the casino was now HKD901.2 million ($114.85 million).