The Arsenal legend and ComeOn! Brand ambassador speaks to CalvinAyre about gambling and retirement during his appearance at the London Affiliate Conference. 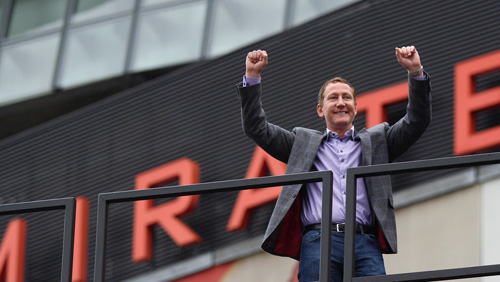 Over 5,000 people dragged suitcases, handbags and those expensive little Gucci manbags to 2019 London Affiliate Conference (LAC) at London’s ExCeL over the weekend.

One person attending the symposium on behalf of the leading sports betting and online casino brand ComeOne! Sports & Casino was the Arsenal and England football legend Ray Parlour.

Parlour played 339 times for Arsenal, mainly under the wing of Arsène Wenger, winning three English Premier League (EPL) titles, three FA Cups, and a UEFA Cup Winners Cup. During his career, Parlour was fortunate to turn every kid’s dream into reality when he scored a screamer in the 2002 FA Cup win over Chelsea. The midfielder also represented his country ten times.

We caught up with Ray Parlour in between signing Arsenal & England shirts, and his autobiography The Romford Pelé: It’s Only Ray Parlour, to throw a few questions his way, and this is what he had to say.

“As a kid growing up I remember the guy knocking on the door to give my Dad the pools coupon,” says Parlour. “I think he won a bit of money one day and had a smile on his face.

“When I got into football, you would play cards on the back of the coach for a bit of money, and also Romford Dog Track where my mum worked. As a 15-year-old, I would see her, and they had slot machines, and obviously the dog races, and you would have a couple of quid each way there.”

Tell me a funny gambling story from your Arsenal days.

“One certain player – we were in the FA Cup away to Hartlepool United,” reminisces Parlour. “We were in the Premiership, and they were Division 2 or 3, so on paper, we should have beaten them comfortably. We are 3-1 up, and this player was running everywhere, and usually, he is a luxury player, but he was tackling people all over the pitch. Then we scored a goal, and he ran in the goal, got the ball, and put it on the centre spot. The Hartlepool players were like, ‘Give us a break lads, you’re a Premiership side, and you’re 4-1 up.’ We had to score six goals in a game, and that was the bet. These days you can’t bet in football, but you could in those days. I think we won 5 or 6-1 in the end. Spread betting was a big thing in the early days of football. We would bet, and the people loved it.”

What were the gambling rules for EPL players back then?

“There were no rules,” said Parlour. “I don’t think a betting firm would take a bet when you’re betting against yourself. If your betting for yourself to win the game, I don’t think it’s a major problem because you’re trying to win the game anyway. Again, the easiest rule is what they do now – nobody is allowed to bet. Otherwise, it can become too cloudy. It’s like the offside rule. If you go back to the old rule, it was easier to work out. There was none of this, “Is he offside or not?” He either was or he wasn’t. I could never work out why footballers want to bet on certain things because they earn so much money anyway. I guess people get a buzz out of it. It can get out of hand, and probably the biggest problem in football now is betting.” 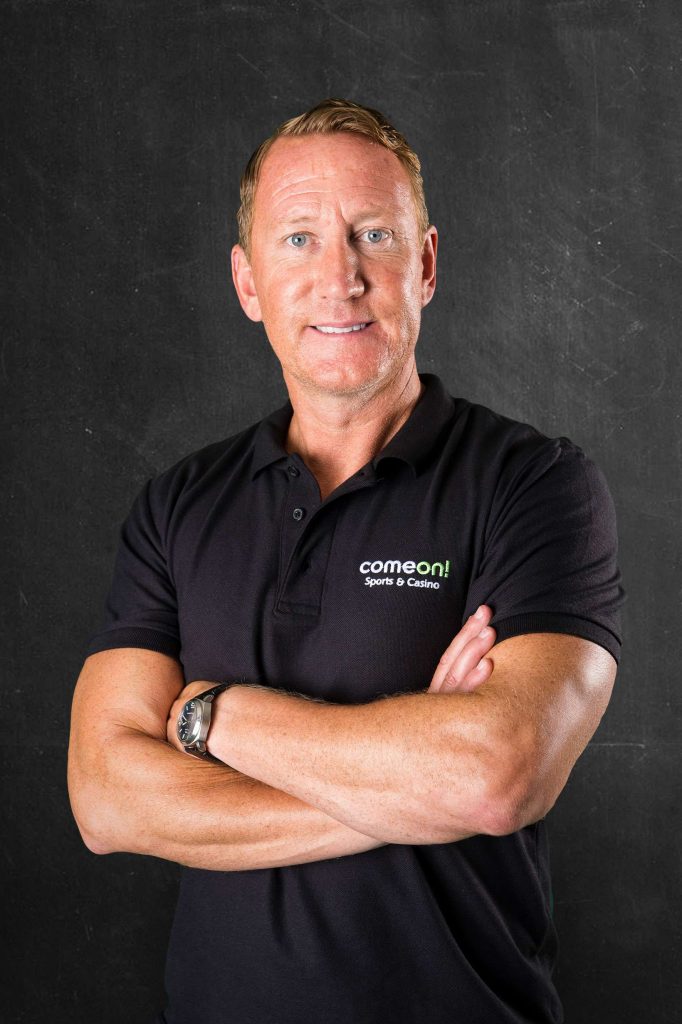 Does money make the world go around?

“It’s all about money,” says Parlour. “The betting industry – I am at the exhibition today, and you can see the different ways of enticing people to spend money. It’s a major factor in lots of people’s lives. Football wise money is important, but playing football is important and being happy in your environment. If you’re earning lots of money, but not playing, like Mesut Ozil, then there could be a problem because football is your life. When I was playing football the money was a bonus; football came first. I used to sign contracts and be happy to play, whatever contracts they gave me. My mum and dad have always said the simple life is always easier than a complicated life, and I believe that.”

When you came into money, how did you treat your family

“My mum and dad were responsible for me getting into football. My dad would take me to all the games, and always support me with what I wanted to do. They are a major factor in my success. They are also very independent. If you said to them, “Here is some money,” they wouldn’t take it. They are old school where they want to earn their own money.”

How does retirement make you feel?

“Everybody is disappointed when you retire, but you always come to a stage in your career when you know you can’t compete like you want to, and not just in football, normal life,” says Parlour. “One door closes, and another opens. Luckily, I am still in football, and watching games every week, and I am enjoying that. You need to have a plan. 31-32 comes around really quickly, and if you don’t have a plan, it could be a problem. If you go into media, coaching, then sort that out before you retire. Otherwise, June comes along; you don’t have a contract, and you don’t know what to do with yourself.”

ComeOne Connect is the result of a 2018 kiss and cuddle between Cherry Affiliates and Earn Affiliates, and now boasts 17 different brands including Cherry Casino, EuroLotto and ComeOn!.