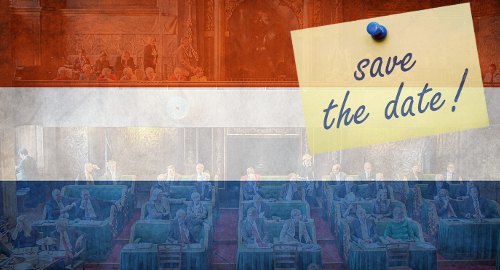 Dutch online gamblers will have to wait another week to learn if their local politicians intend to approve a locally licensed market.

On Tuesday, the Netherlands’ Senate postponed their scheduled vote on the Remote Gaming Bill by one week to next Tuesday (19). The decision followed further debate on how a new regulated online gambling regime will treat operators who targeted Dutch customers prior to the market’s liberalization.

Last Friday, Justice Minister Sander Dekker submitted written responses to three questions posed to him during last Tuesday’s Senate debate. Gaming In Holland reported that a majority of Senators appeared largely supportive of Dekker’s responses, but enough opposition remained that Dekker was required to offer further specifics on his proposals.

Among the revelations disclosed during this week’s debate is the government’s preference for a two-year ‘cooling off’ period imposed on operators who ‘actively’ targeted Dutch customers under the old regime. ‘Actively’ was previously defined as, among other criteria, offering a Dutch language option and processing payments using the country’s preferred processor iDEAL.

Dekker called this two-year time-out for license eligibility a “reasonable” period and warned that a five-year blackout as urged by some senators could be viewed as excessive and make the law subject to legal challenges.

Dekker also attempted to dampen some senators’ demands for a complete ban on online gambling advertising, claiming that such a restriction would negatively impact the government’s ability to ‘channel’ customers to Dutch-licensed online operators.

However, Dekker promised that the government would closely monitor licensed operators’ marketing material to ensure it doesn’t stray outside the lines. The Kansspelautoriteit (KSA) regulatory body will also be given the authority to bar local media outlets from running ads for unauthorized online operators.

While the outlook remains hopeful for a positive vote next Tuesday, the same can’t be said for a separate bill to privatize the land-based gaming monopoly Holland Casino. Dekker requested that the Casino Reform Bill be withdrawn so that the legislation could be reviewed. In the meantime, Holland Casino will be eligible to apply for a new Dutch online gambling license.