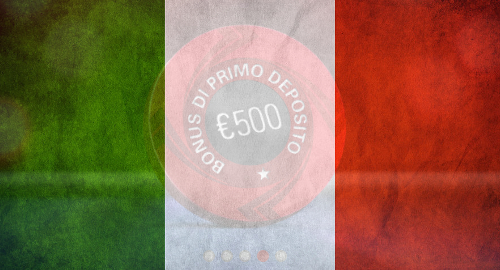 The slowdown was primarily due to Italy’s Serie A football league staging its winter break in January rather than December. And January’s total was not only greater than December 2018’s result, the rate of decline was significantly better than December’s 55% year-on-year insult.

January’s online betting revenue was down only 4.4% to €58.1m, and UK operator Bet365’s Italian site retained its place atop the revenue throne with a nearly 18% share of the online betting market. Runner-up SKS365 slipped a few points with a 12.8% share, while Playtech’s Snaitech brand ranked third with 11%.

Retail betting revenue slipped nearly 26% year-on-year to €66.5m in January, with the expanded operations of Intralot/Goldbet claiming a 20.4% slice. Snaitech wasn’t far back with 17% and GVC Holdings’ Eurobet brand placed third with 14.3%.

The online casino market set yet another revenue record in January, rising 20.5% year-on-year to €72m. The Stars Group’s PokerStars brand claimed top honors with a 10.6% share, followed by Lottomatica (8.3%) and Sisal (7.6%).

Poker showed some rare strength in January as online tournament revenue improved 23.6% to €8.9m while cash games were up 5.2% to €6m. PokerStars retained dominant shares in both tournaments (63.4%) and cash games (39.5%), with no other operator managing a double-digit share.

Meanwhile, Italy’s recent ban on gambling advertising continues to show benefits for Italian-facing online operators not holding local licenses. An Agipro report indicated that the top-three Google search results for ‘online casino’ returns one German-based operator, one Israeli and another from Curacao, none of which hold Italian licenses.

The results mirror those displayed last year after Google responded to the ad ban by blocking Italian-licensed operators from appearing in local search queries. So while Italy’s online casino market may continue to grow, Italy’s government isn’t collecting all the tax revenue it could from the sector (although not for lack of trying).