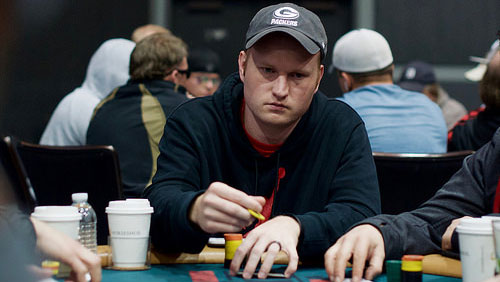 The World Series of Poker Europe returns to the King’s Resort October 15 to November 4 with ten bracelets up for grabs, and Brett and Joshua Reichard win gold rings in Milwaukee.

With Valentine’s Day an obscene phone call away, it’s time to stop thinking about yourself, and instead, think of the person who puts up with your daily 24-table grinds.

How about this: according to Trip Advisor, Prague is one of the most romantic cities in the world. Why not take your other half to visit Charles Bridge, the Statue of St. Wenceslas, and the King’s Resort in Rozvadov?

The 2019 World Series of Poker Europe (WSOPE) returns to the King’s Resort in Rozvadov, in the Czech Republic for the third successive year, and there will be ten gold bracelets on tap, and the coronation of the 2019 WSOP Player of the Year.

There were plenty of jackals howling to the moon when the WSOP announced plans to host their second most prestigious series in a tiny village that houses 703 people, but the numbers have been through the roof.

Once again the final round in this boxing match of a series will be the €10,000 buy-in WSOPE Main Event, Oct 25-30, and that’s all we know for now, as the team continue to iron out the specifics.

“The past two WSOP Europe’s have been our best yet in terms of entries and prize pools in the dozen years we’ve held WSOPE,” WSOP Director Gregory Chochon stated in a press release. “King’s Resort is perfectly situated and convenient for Europeans to get to and we expect the 2019 edition to continue to deliver big prize pools and participation.”

Sticking with the WSOP theme and the Reichards have been smashing up the World Series of Poker Circuit (WSOPC) at the Potawatomi Casino in Milwaukee.

It was Brett’s second gold ring, and Joshua’s 11th, tying with Maurice Hawkins one place below Valentin Vornicu at the top of the WSOPC most rings won leaderboard.