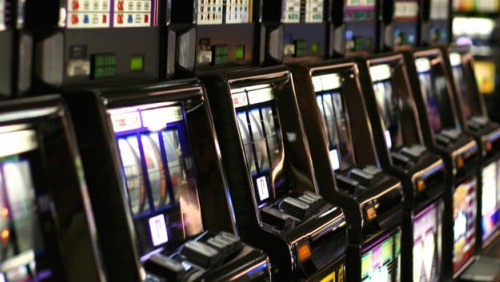 Pennsylvania slot machines are continuing to show year over year growth. The Pennsylvania Gaming Control Board (PGCB) has published January figures for 12 casinos, and they show a 1.15% increase in January 2019 year over year.

In total, the casinos brought in over $179 million for the first month of the year. This improves on the $177 million the same casinos brought in from their slot machines for January 2018. Five of the 12 casinos saw improvements in their numbers, which produced enough profit to carry the whole state into the black.

The biggest improvement once again came for the Rivers Casino, which also had the best improvement for December 2018. They brought in an additional $2.3 million year over year, for a 10.9% increase. Valley Forge once again had the best percentage increase, raising their slot machine revenue by 18.4% year over year for the second consecutive month.

The Sands Casino Resort Bethlehem and Mohegan Sun Pocono had rough months. After a solid holiday season for both casinos, January saw $1 million plus declines for both operators. The Lady Luck Casino Nemacolin had the worst slump, losing over 20% of their revenue year over year.

The report notes that there continues to be less slot machines in operation than in early 2018, with 25,280 currently operating.

As Pennsylvanians got back to work after their 2018 holiday season, January saw month over month declines for all of the casinos listed.

Pennsylvania Gov. Tom Wolf will be happy with the first slots tax revenue to come in since his re-inauguration. Slots taxes collected over $93 million for the state coffers.

The seven casinos that saw decreases in revenue have an easy out this month. January saw record breaking low temperatures in some areas of the state, which is just unpleasant to travel in and potentially dangerous as well. The PGCB report for February will have to prove if the weather was to blame, or if these casinos have a more serious problem on their hands.