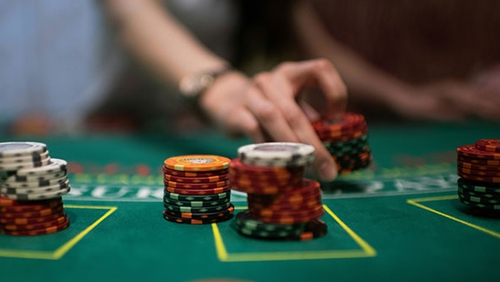 The Kyodo news agency recently completed a survey on the subject of integrated resorts (IR) in Japan and it appears that most possible destinations have no interest in grabbing a piece of the billion-dollar industry. According to Kyodo, only three locations – Osaka, Wakayama and Nagasaki – have expressly shown an interest in hosting an IR. Around 67 are actually eligible.

The news outlet conducted its survey from November to December, contacting all of the country’s 47 prefectures and 20 major cities that would be eligible to host an IR. Kyodo acknowledges that only the three aforementioned locations responded favorably, while “no plans to apply” was the response of 40 local governments. The agency added, “Dozens more are reluctant to do so amid concerns over public safety.”

When the IR Implementation Bill was approved last June, it stipulated that all local governments wishing to seek an IR must provide their interest in writing. In the initial wave of IRs, only three licenses will be allowed and the local governments must submit a plan that includes details on how the IR will operate, as well as with which casino operator(s) it will operate.

Kyodo points out that the Aichi Prefecture city of Nagoya is “positively considering making an application” and that it is currently seeking “a suitable location” for the venue. Other areas that also indicated that they were open to an IR are Tokyo, Obaraki Prefecture, Hokkaido and the cities of Yokohama and Chiba. An additional 17 local governments still haven’t made up their mind on the subject, according to the news outlet.

International interest in Japan is already heating up, even though the first IRs won’t be available for probably another five to six years. According to the Japan National Tourist Organization (JNTO), foreign visitation to the country last year was record-setting, with 31.19 million visitors traveling to Japan. This was an increase of 8% over the 28.69 million from the previous year.

The increase is especially noteworthy given two major disasters suffered by the country in 2018. The director of Japan’s Global Strategy Headquarters, Tadashi Kaneko, said during a press conference last Friday, “We suffered two disasters in September 2018. The first was Typhoon 21 that hit the Kansai region and the second was the Hokkaido Eastern Iburi earthquake.”

The next two years could be even better. Japan will host the 2019 Rugby World Cup later this year, as well as the 2020 Olympic and Paralympic Games in Tokyo next summer.