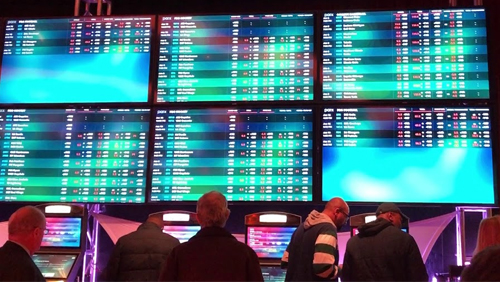 When Pennsylvania first agreed to allow sports gambling to come to the state, it announced licensing fees that were substantially higher than any other state. Operators would have to buy a $10-million license, as well as submit to a tax rate of 36%. Initially, the only sound in the licensing office came from the crickets in the corner. Slowly, however, operators began to relent and now the market is beginning to flourish. In just a short time, the sports gambling market in the state has already turned a nice profit for both the state and the operators.

In December, sportsbooks collected $16 million in wagers and $2 million in handle. Not bad for an industry that only had three retail sportsbooks, two of which didn’t even get going until the middle of the month. Hollywood, SugarHouse and Rivers were the only three at the time, but others, such as Parx and Kambi, joined the space this year.

Pennsylvania has always levied a higher tax rate on gambling operations. When lawmakers approved slot machines in 2004, operators were forced to agree to give up 54% of their revenue in taxes. Many expected the fees to be too high, leading to the demise of the industry in the state.

Those individuals could not have been more wrong. Pennsylvania is now the second-largest casino market in the U.S., immediately following Nevada.

When The Keystone State agreed to expand the gambling market in 2017, it implemented the same 54% tax rate, as well as a $1-million license fee. As with the slot machine regulation, everyone expected the industry would flounder. However, lawmakers saw what many didn’t – gamblers will gamble and operators will pay to enjoy whatever slice they can get.

The only thing the high costs did was to limit the number of operators serving customers. This is brilliant for the operators, as each receives a larger segment of gamblers and doesn’t have to share with hundreds of other operators competing for customers.

Based on Pennsylvania’s success with its high licensing fees and tax rates on the gambling industry, it is certainly conceivable that all of the states looking to introduce gambling and sportsbook operations this year might consider following the same rulebook.