This past Saturday, the Ponte 16 resort in Macau, in which Success Universe Group is a partner and promoter, experienced a power outage that forced the casino to halt its operations. Gamblers could only wait patiently while the power was restored and, by the time the situation was rectified, the casino had been shut down for ten full hours. The suspension will certainly cause issues with the company’s quarterly performance, but has said the situation is “manageable.” 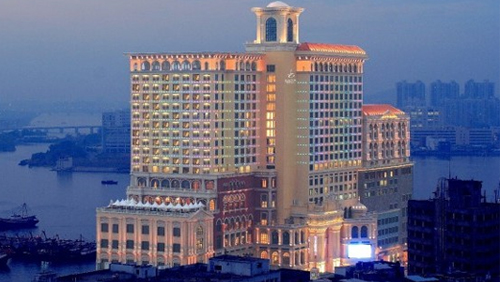 In speaking with GGRAsia, the deputy chairman and executive director of Success Universe, Hoffman Ma Ho Man, explained that the suspension of casino activity began at 5 AM local time and that gamblers were allowed to return at 3 PM. He added that an uninterruptible power supply unit “suddenly tripped, causing a power outage at part of our resort complex” and that the hotel at the resort, Sofitel Macau, was not affected.

The executive further told GGRAsia, “This is the first time we encountered a scenario like this” and explained, “The power outage occurred in the morning when we typically have fewer clients. The peak of traffic usually starts to kick in starting at around 4pm.”

Ma added, “We are still investigating why we had such a power outage, and whether the failure of the uninterruptible power supply was a complete trigger to the problem.” The power outage also forced the server for the casino’s CCTV system to become inoperable.

CEM, the electric company in Macau, indicated to GGRAsia that it did not register any disruption in power to the casino that day. A UPS is typically triggered when the mains supply is interrupted, making the explanation offered by Ma a little puzzling.

Macau’s gaming regulator, the Gaming Inspection and Coordination Bureau, confirmed that it had received, and approved, the request by the casino to temporarily suspend its operations on Saturday.

How much financial damage may have occurred due to the outage and suspension was not revealed by Ma.

Ponte 16 has suffered a couple of service interruptions over the past two years. In August 2017, Typhoon Hato, a category 10 typhoon, flooded the main gaming floor. Then, in September of last year, Typhoon Mangkhut, also a category 10 storm, caused the entire city of Macau to suspend its gambling operations.