The U.S. Department of Justice (DOJ) recently decided to change its position of the Federal Wire Act. Whereas it previously said that the act was only applicable to online sports gambling, it now asserts that its previous opinion had been misinterpreted and that all forms of online gambling fall under the auspices of the act. How or why it took eight years for the DOJ to issue this correction is anyone’s guess, but industry experts are pointing out that federal prosecutors are going to have a difficult time shutting down online gambling operations if they try to use the Wire Act in their prosecution. 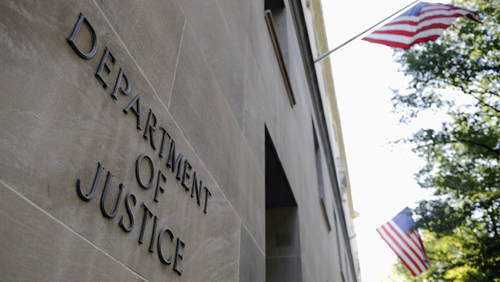 The DOJ would first need to update its prosecution manual to include its new opinion. In speaking with Casino.org, a former supervisor for the DOJ’s Criminal Division, and current attorney at the O’Melveny & Myers law firm, each pointed out that, without inclusion of the opinion, prosecutors would not have a case. The attorney, Laurel Loomis Rimon, stated, “Revised guidance can certainly be provided within 90 days.” However, the DOJ has already stated that it will allow a 90-day grace period to allow for any public discussion on the matter.

Rimon also stated that the DOJ’s Organized Crime and Gang Section (OCGS) could “simply hold prosecutors from bringing the charges for a longer period if there is a feeling that 90 days is really not enough time to allow reasonable efforts to come into compliance with the law in any particular case.”

The OCGS is part of the department’s Criminal Division and was created in 2010 when the Organized Crime and Racketeering Section merged with the Gang Unit and the National Gang Targeting Enforcement & Coordination Center. The group is tasked with combating all types of organized crime.

The lawyer adds that a DOJ enforcement action per the Wire Act may not be binding in a federal court. She explains that a federal judge could rule against the prosecution simply because he or she doesn’t agree with the DOJ’s opinion.

A gaming law attorney and professor at the University of Nevada Las Vegas law school, Anthony Cabot, points out that some federal appeals courts have already determined that the Wire Act doesn’t apply to non-sports gambling. He states, “So, as a matter of law, I am not sure anything will necessarily happen without further litigation, which I believe will ultimately be decided along the reasoning of the 2011 opinion and the circuit court decisions.”

His position was seconded by the co-founding director of the University of New Hampshire School of Law Sports Wagering & Integrity Program, Daniel Wallach, who told Casino.org that a federal judge often only “looks to precedent to interpret the law.” The judge would be more inclined to adhere to the interpretation of an appeals court judge, rather than to the opinion of the DOJ that, in his words, could be “infected by the political process.”

Rimon adds, “An OLC [Office of Legal Counsel of the DOJ] opinion is a legal interpretation that guides [the] DOJ in determining whether to consider certain activity as illegal or not.

“An enforcement action, which may refer to a criminal investigation or indictment, or a civil lawsuit brought by main DOJ prosecutors or a US Attorney’s Office, requires specific proof of a violation of law by specific individuals or entities, and the bringing of charging documents or a civil complaint in a federal district court.”

Depending on how the saga plays out, a number of states have already indicated that they are prepared to fight for their rights to offer gambling activity should any federal prosecutor try to intervene. Given that the Supreme Court, the highest court in the land, has already ruled that individual states have the right to establish their own gambling programs, the DOJ could be looking at having to swallow its pride – and its opinion.