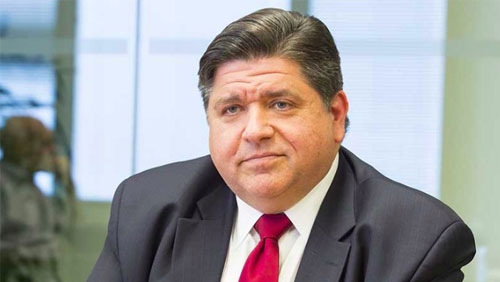 The new governor of Illinois is keen to remind everyone that he wants more gambling in the state. In an interview with the local outlet Belleville News-Democrat­, J.B. Pritzker made clear his goals to build casinos at state borders.

The goal is to balance the budget, and Pritzker sees casino revenues as a way to do that. “There certainly are opportunities for us to expand casino gaming in the state,” Pritzker told the news outlet. “So those are a couple of ways for us to expand gaming.”

He prefers to build the casinos near the state border, specifically to act as a firewall against money leaving the state for competing casinos. This contradicts with Chicago Mayor Rahm Emanuel’s desire for a casino in the state’s biggest city. To that, Pritzker says, “Where you put a casino matters to how many dollars might flow from places they haven’t seen dollars flow before. … We ought to be thinking about how do we keep the dollars here that are being expended in other states.”

J.B. Pritzker was inaugurated as the 43rd Governor of Illinois on January 14, replacing incumbent Republican Bruce Rauner. It’s his first elected position, but not for a lack of trying, as he ran for the U.S. House of Representatives in 1998 and lost in the primaries. He comes from a very wealthy family, with the Hyatt hotel chain as one of their holdings. He’s the third richest politician ever elected to office.

With the governor’s support, Illinois’ attempts to expand gambling look more promising. In 2018, the state House of Representatives tried to pass a gambling expansion bill that would open up sports betting and internet gaming, but couldn’t get it across the line. They also discussed plans for another online gambling bill to be put forward this year. As both were put forward by Bob Rita, a Democrat, maybe having a friendly governor on his side will be the ticket to getting something passed.