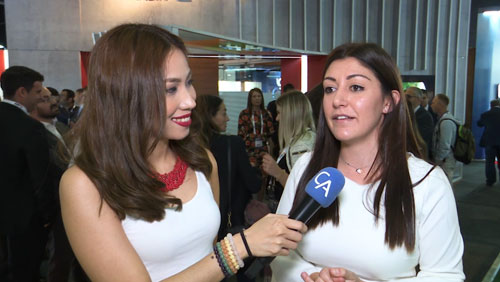 CalvinAyre.com’s Stephanie Tower spoke with Malta Gaming Authority’s Yanica Sant on the regulator’s initiatives to stay relevant to the industry.

Malta Gaming Authority (MGA) Senior Legal Counsel Yanica Sant cites an open dialogue with industry players as key to effective regulation. “We always leave an open communication between ourselves and with operators, and with the public in general… We do not take the approach of a strict headmaster who will expel anyone who doesn’t comply. We help them grow and we help them together, because that’s the only way that players can be protected, and that the industry can go in a regulated manner,” she said.

In 2018, the archipelago underwent an overhaul of its regulatory framework for gambling to streamline processes and concentrate efforts on areas that need more supervision. From the issuance of an assortment of licenses, the agency narrowed this down to two types: business-to-consumer (B2C) and business-to-business (B2B). Before the framework was renewed, Sant said it was “a few years old, and in the gaming industry, a few years is a very long time.”

MGA has been vigilant in assuaging fears of gambling being used for illegal purposes. “Work is being done even when companies are about to get a license, and when companies are getting licensed, investigations are always ongoing. We’ve also had a newly enlarged anti-money laundering team, which is actually constantly conducting interviews with gaming companies and investigations and reports, and together with the FIU [Financial Intelligence Unit], and we’re taking this aspect very seriously,” she said.

The new regulatory framework also keeps from dismissing cryptocurrencies, in spite of prices of coins dropping from previous highs. Sant noted the difference between cryptocurrencies per se and blockchain in general. She explained, “These technologies are new for everyone, and no less for the regulator, and so we believe that a learning curve is there, it exists, we are aware of it, and instead of just saying ‘No, we will not be regulating this,’ we’re regulating it slowly, in a sandbox and closed environment, so that we are able to achieve our regulatory objectives regardless of the technology, and that’s why we have a technology-neutral legislation.”

Among the MGA’s major projects is an online unified self-exclusion database, to ensure that problem gamblers who are self-excluded by one operator are unable to play elsewhere. “We are aware that it is going to take a while… but we are working on it because we truly believe that this was a gap in our consumer protection framework, and we’re trying to close that gap.”