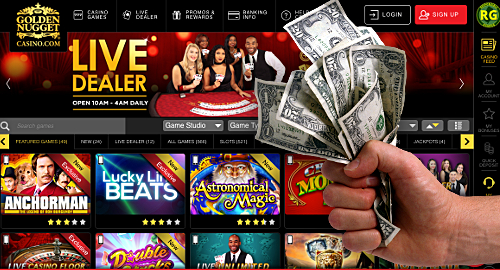 New Jersey’s regulated online gambling market closed out 2018 by blowing past old revenue records for both the month of December and the year as a whole.

December’s online total was also $2m higher than the market’s previous monthly best, which was set last November. As always, December’s online gains were driven by the casino vertical, which shot up nearly 45% to $27.2m. The poker vertical rebounded somewhat from its record low performance the previous month, but its $1.76m was still down nearly 9% year-on-year.

The Golden Nugget’s family of online casino-only sites were also in record-shattering mode, reporting revenue of just under $10.2m, handily beating the previous monthly best of $9.67m in October 2018 and marking the first time any state-licensed online operator has crashed through the $10m ceiling. The Nugget’s 2018 revenue total hit a hefty $104.85m, a 52.6% improvement on 2017’s result.

The Tropicana led the remaining casino-only sites with $3.2m in December, a modest decline from the same month last year, while its annual result of $41m was roughly $1.6m below 2017’s number. The two 2018 newcomers had a mixed result, as Hard Rock Atlantic City reported December revenue of $1.32m (flat from November) while Ocean Resort Casino claimed $479k (down from $732k).