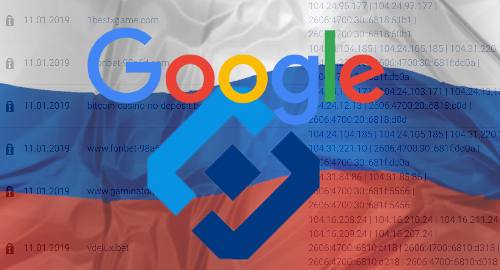 This weekend, Russian media reported that Google has begun scrubbing its local search engine results of “prohibited internet resources” that have made the blacklist of Russian telecom watchdog Roskomnadzor.

Russian law requires internet giants like Google to connect to the federal state information system (FGIS) to monitor the Unified Register of Prohibited Information, so that blacklisted domains will be automatically blocked from appearing in Russian search results.

Domestic firms such as Yandex and Mail.ru had long since linked their systems to the FGIS, but Google remained a conspicuous holdout. In November, Roskomnadzor opened an administrative case against Google. Two weeks later, Roskomnadzor hit Google with a RUB500k (US$7,500) fine, claiming to have “irrefutable proof filtering is not carried out.”

Google opted not to appeal its Russian fine, which was slightly under the maximum penalty allowable under Russian law. Given the $640m that Google’s Russian-facing operations earned in 2017, a $7,300 penalty clearly didn’t offer much of a deterrent.

Moreover, Roskomnadzor’s deputy chief Vadim Subbotin told Interfax that Google’s Russian-facing site could find itself blocked if the company didn’t up its compliance game. “If we come to a dead end … the state makes changes to the law, and for the non-execution of Russian laws the most severe punishment is possible – such as blocking.”

However, that insane total of blocked domains only serves to underscore the futility of Roskomnadzor’s game of domain whack-a-mole, something even the watchdog admits is a failure. In December, Roskomnadzor announced that it was preparing a new, more efficient censoring system based on ‘deep packet inspection’ of all internet traffic crossing Russia’s borders.