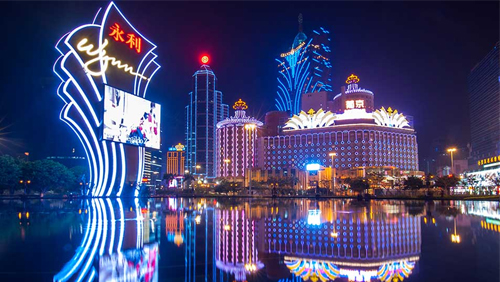 Casinos in Macau saw a substantial increase in gross gaming revenue (GGR) last year as it increased 14% over 2017. Casinos took in a total of $37.57 billion across the 12-month period and operators would certainly love to see a similar increase in 2019. According to analysts, however, this is more than likely not going to happen and GGR growth will remain in the single digits for the year.

Three different brokerages have cautioned that GGR in Macau will take a hit as a result of the trade war between the U.S. and China. The first, JP Morgan, indicates that growth will be between 4-6% lower than what it was a year ago for January and that subsequent months will also remain below 10%. In general, though, the banking giant’s analysts, DS Kim and Sean Zhuang, are optimistic about the future of the industry. They said, “We see a substantial amount of (what we see as unnecessary) fears baked into current stock levels, and better-than-feared industry trends and cessation of negative surprises should alleviate pressure on consensus estimates and drive up valuations.”

The stockbroking division of Japan’s Nomura, Instinet, predicts that GGR this month will grow 5% year-on-year. The firm’s analysts, Daniel Adam, Brian Dobson and Harry Curtis, believe that growth could follow, stating, “Despite trade war concerns and a tough growth comparison last year, Macau GGR increased (by 14 percent year-on-year), but the stocks underperformed. For 2019, we expect much better stock price performance and multiple expansion for those Macau operators with ramping properties.”

The analysts’ note further asserts, “For sentiment to improve: one, VIP needs to stabilise and mass increase over 5 percent; two, progress must be made on concessions; and, three, more free cash should be returned to shareholders.”

On Wednesday, the Telsey Advisory Group issued a memo saying that the market is expected to “face the more difficult comps and see growth slow to less than 10% in 2019.” It added, “Investors will now focus on what lies ahead, with more difficult comps and any update on concession renewals, as they continue to grow closer,” wrote analysts Brian McGill and Alec Cummings, referring latterly to the current six Macau gaming licences, that expire on various dates in either 2020 or 2022. “It also remains to be seen if the weakening Chinese economy will impact the growth rate further in 2019.”