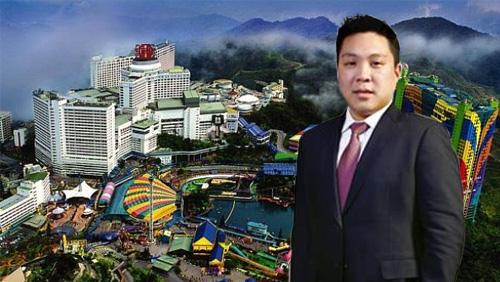 The 34-year-old Lim begins his new assignment as of today. He previously served as the executive director of Genting and Genting Malaysia, as well as being the companies’ Chief Information Officer. Lim is a shareholder of both companies.

Genting Malaysia has also announced that Alwi Bin Jantan has been tapped to become its deputy chairman. He replaces 79-year-old Tun Mohammed Hanif bin Omar, who is stepping down after an illustrious career. Alwi is an 83-year-old Malaysian who served as a non-executive director of the company. He also begins his new responsibilities as of today.

Genting Malaysia is one of Asia’s top gaming companies. It operates Resorts World Genting and has additional venues in the UK, the Bahamas and the U.S. It is behind Resorts World Las Vegas, which is currently the subject of a lawsuit by Wynn Resorts over concerns that the architecture of the venue is too similar to that of Wynn’s property on the Vegas Strip. In actuality, the only way the two venues could be confused is after a heavy night of binge drinking.

Genting is also on the giving end of a lawsuit. It has taken 21st Century Fox and the Walt Disney Company to court after they cancelled a contract with Genting to build the Fox World theme park at Resorts World Genting. Fox and Disney assert that the suit is without merit, but Genting hopes a judge will see things differently and award it the $1 billion it seeks.

After getting off to a good start in 2018, Genting saw its numbers start to shrink going into the second half. In December, it reported that it had lost $357.5 million in Q3, compared to a profit of $46 million during the same period in 2017. An increase in taxes on gross gaming revenue of 10% by the Malaysia government certainly isn’t going to help boost the company’s profits.