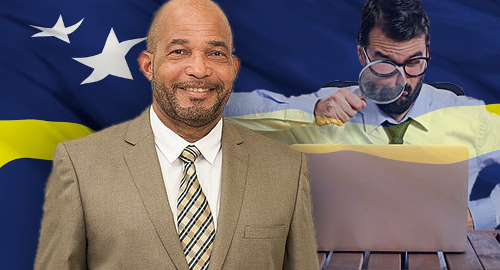 Curacao’s online gambling licensees are bracing for impact following reports that the local regulator plans greater oversight of the sector.

On Tuesday, Dutch-language media outlet Antilliaans Dagblad reported that Curacao’s Gaming Control Board (GCB) would be adding online gambling to its scope of oversight, adding to its current role overseeing the local land-based gaming sector.

The report claims the new duties are a result of the Curacao government transferring responsibility for overseeing gambling from the Ministry of Justice to the Ministry of Finance. The GCB will henceforth serve as a “uniform regulator of games of chance” on Curacao and will oversee “all games of chance offered on or from Curacao.”

Curacao, along with Aruba and Sint Maarten, is a ‘constituent country’ of the Kingdom of the Netherlands, where legislators have long complained about Curacao-licensed online casinos serving Dutch punters without approval of Dutch gambling regulators.

In mid-2016, Dutch authorities claimed that the Curacao government was preparing a “national ordinance” to bring its sprawling online gambling sector under stricter oversight. However, until now there’s been little followup on these efforts.

Kenneth Gijsbertha, Curacao’s Minister of Finance, was quoted in the Antilliaans Dagblad report saying the actions of some of the country’s online licensees “seriously detracts from the international image of Curacao.”

Gijsbertha (pictured, in foreground) also claimed the GCB would target “illegal providers” that pose “a threat to society” by increasing the risk of local residents developing problem gambling behavior. Perhaps more to the point, these illegal operators “do not contribute to the coffers” of government and “constitute unfair competition to legally operating providers.”

In particular, the ease with which one can obtain a Curacao ‘e-Gaming sub-license’ has been roundly criticized by regulators in other countries. A local company called Fast Offshore offers a Fast-Track Online Gambling Licensing Program that boasts of its ability to deliver Curacao online permit approval in as little as 48 hours.

Dutch MP Ronald Van Raak, who has spent many an hour denouncing Curacao’s online gambling sector from the floor of the Dutch legislature, celebrated the increased oversight, telling the Curacao Chronicle that the “multibillion” online gambling sector “does not yield anything for ordinary people on Curaçao, but it does pose a threat to the political stability of the island.”