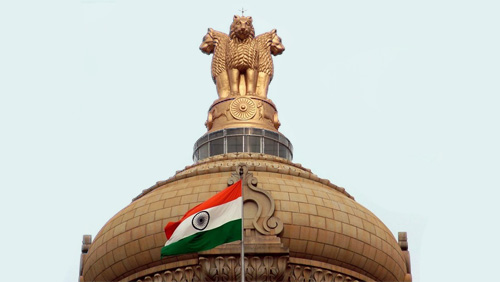 The central government of India wants to maintain the present ban on most forms of gambling, but at the same time said legalization should be considered if the underground industry could not be controlled.

In a statement made to the Rajya Sabha, the upper house of the Indian parliament, Union Minister of Law and Justice Ravi Shankar Prasad said that legalization of gambling, as some have proposed, was not desirable at present.

However, Prasad added the qualifying statement that if a complete ban could not be ensured, legalization should be considered by both Parliament and state legislators, subject to necessary guidelines and regulations, reports GLaws.

According to the news website, the session in which Prasad gave his statement was disrupted by some members of parliament, thus preventing clarifying questions from being asked, such as what particular regulations could be implemented for a legalized gambling market.

Prasad had been invited by MP Amar Singh to answer if he thought gambling and betting in the country should be opened up, in accordance with what the Law Commission, an advisory body to the Ministry of Law and Justice, has recommended, in a report entitled ‘Legal framework: Gambling and sports betting including in cricket in India.’

Prasad had earlier stated that the Law Commission’s recommendation, for Parliament to pass legislation or to provide states with a template to work with, were still “under consideration.”

Gambling legislation in India varies according to the state, with casinos currently operating only in Goa, Sikkim, and Daman.

The country’s largest casino operator, Delta Corp, which has both land-based and floating casinos, recently went to court seeking for Daman government officials to act on its application to operate, which has been pending since 2014.

The Indian government has also come down hard on several lottery centers in Mumbai that allegedly operate without required authorization and who have been avoiding the payment of the 28% goods and services tax (GST) on lottery tickets, through the issuance of fraudulent, handwritten tickets.